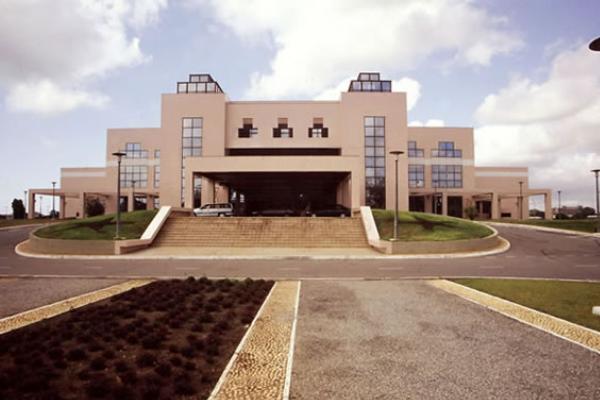 Speaker of Parliament Prof. Mike Ocquaye has confirmed Parliament is making arrangement to relocate to the Conference Centre temporarily as part of measures to curb the spread of Covid-19 among MPs.

Already, the House has stepped up internal measures to prevent the spread of COVID-19.

Addressing Members on Monday, the Speaker of Parliament, Prof. Mike Oquaye announced interim sitting measures in the House in a bid to practice social distancing.

â€œFor the time being, we will want to leave one seat in between every two members so that you sit in a way that will be healthy for us and also we will be showing a good exampleâ€¦Meanwhile, we are in the process of making all relevant arrangements if we can relocate temporarily to the Conference Centreâ€¦And maybe these things will make people realize that Ghana is in need of a more spacious space. In future, all these will be considered. As much as possible, leave one seat in between,â€ he said.

He also said this move could inform Ghanaians that Parliament really needs a new chamber.

Ghana has so far recorded 24 cases of the deadly coronavirus with one death so far.

In Parliament today there was an unfortunate incident as the Minority walked out of the chamber.

This action came about after Muntaka Mubarak who is the Minority Chief Whip virtually interupted proceedings on the floor.

He said he had been trying to catch the Speaker Prof. Mike Ocquaye's attention for a while but the Speaker had not recognized him and argued that proceedings be halted since there were not enough members in the house.

He then said the Speaker's action to allow continues proceedings amounted to lawlessness and to a certain extent shameful and they the Minority are not happy about and he walked out with his colleagues following suit.