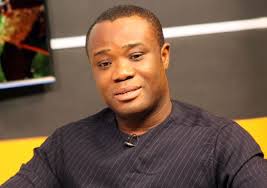 Former Deputy Minister for Communication under the Mahama administration, Felix Kwakye Ofosu says the attempt by a section of the public to point out some projects of the previous administration being used for the Covid-19 fight is a useful lesson.

Some members of the NDC and a section of the public have raised concerns about the use of some projects executed under the Mahama administration which was described as non-existence by the NPP during the 2016 campaign season.Â

The President has announced that the Aayololo buses procured by the former government will be used to provide free transport services to health workers. Other projects playing a significant role in the fight is the University of Ghana Medical Centre, the Accra Regional Hospital and the Bank of Ghana Hospital.

Members of the governing NPP believe the attempt to point these things out are steps by the opposition to engage in partisan politics during this critical period.

But in a television interview on April 9, Felix Kwakye Ofosu said it is rather a useful lesson because most of these projects were criminalised by the NPP in opposition and it is a legitimate exercise.

He explained that the said criminalisation caused the defeat of Mahama, therefore, it is necessary to let people assess its usage for the country to appreciate useful investments in the health sector for unforeseen occurrences.

Felix Kwakye Ofosu said the information they have is that the University of Ghana Medical Centre is having the largest ICU in the country for the Covid-19 fight for which the former administration needs to be acknowledged for the huge investment.

He added that the Accra Regional Hospital is also playing a huge role in fighting the pandemic.

Commenting on the decision of the government to absorb the water bill of all Ghanaians, Felix Kwakye Ofosu commended the government and said despite the debate that is the least of utilities being paid for, it is necessary at this time due to the role of water in the fight.

He further criticised the government for shutting down the Teshie Water Desalination Plant for two years over concerns of fraudulent transactions but later opened it for use during this period which also questions government's steps in addressing major concerns in the country because the over 5,000 people who cloud have benefited over the past two years were denied.