Prez Akufo-Addo defends the number of Ministers in his gov't 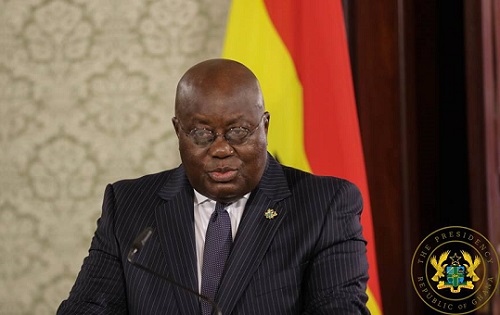 Prez. Akufo-Addo defends the number of Ministers in his gov't
Shares

President Akufo-Addo has once again defended the number of Ministers he has appointed in his government.

The President says his decision to appoint many Ministers will be justified when his current term ends in 2021.

President Akufo-Addo has received several criticisms for having over 100 Ministers.

The President was speaking at the swearing-in of new regional ministers and their deputies for the six newly created regions.

His administration now has 125 ministers, over 30 more than his predecessors.

“As you know there are some who say my government is too big and there are too many of you. I am a firm believer in the adage the proof of the pudding is in the eating.”

“I am confident you can do a good job and I look forward to working closely with you to bring progress and prosperity to our nation, ”President Akufo-Addo also said of the new ministers he was swearing in.

Parliament earlier this week approved the appointment of the ministers with the exception Bono Regional Minister Designate, Evelyn Richardson, who is currently MCE for Sunyani.

There were question marks raised about some of her academic qualifications during her vetting.

The Minority leader, Haruna Iddrisu insisted that the Evelyn Kumi-Richardson must provide further information on some audit queries and land issues under her purview as Sunyani MCE.