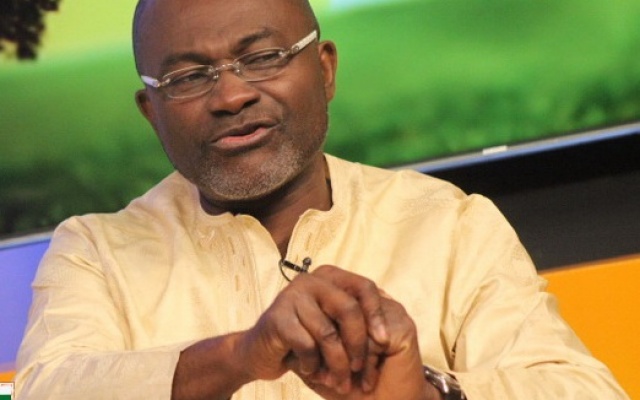 Barring any last minute hitches, the Privileges Committee is expected to present its report on some contemptuous remarks allegedly made by the Member of Parliament (MP) for Assin Central, Kennedy Agyapong, today Wednesday, February 13.

Chairman of the Committee, Joseph Osei-Owusu told Parliament that the report was not ready as of the time the motion was being moved on the Floor of the House on Tuesday.

He also explained that the committee had decided to sit on the second matter brought against the same MP so a full report could be presented to the House.

Mr. Osei-Owusu, however, indicated that, if need be, the report on the first matter could be presented today.

“Mr. Speaker this motion was listed much earlier but left the order paper for some time. And subsequently, another matter involving the same honourable member was referred to the committee. So leadership was considering that perhaps we could finish with the two and present the report together,” he said.

Mr. Agyapong was investigated by the Privileges Committee in 2018 after he reportedly described Parliament as “useless.” The investigation was done following a motion filed by Minority Chief Whip, Muntaka Mubarak.

Kennedy Agyapong subsequently described Muntaka Mubarak as dumb for referring him to Parliament’s Privileges Committee over the purported insult.

Although Agyapong apologised subsequently, earlier reports suggested that the committee had recommended his suspension from Parliament.

The Assin Central MP has been referred to the Privileges committee again for allegedly inciting violence against an investigative journalist, Ahmed Suale during the heat of the Number 12 exposé which exposed deep corruption in Ghana football.

Ahmed was allegedly killed in broad daylight by two men on a motorbike, while he was leaving home late on January 16, 2019, at Madina, a suburb of Accra.

In this instance, Minority Chief Whip, Muntaka Mubarak, who was behind the previous invitation of his colleague to the Committee, called on the Speaker to refer the legislator to the Privileges Committee for comments made regarding the slain Tiger Eye investigator, Ahmed Suale, months before his death.

Meanwhile, the committee is yet to announce a date for the hearing.