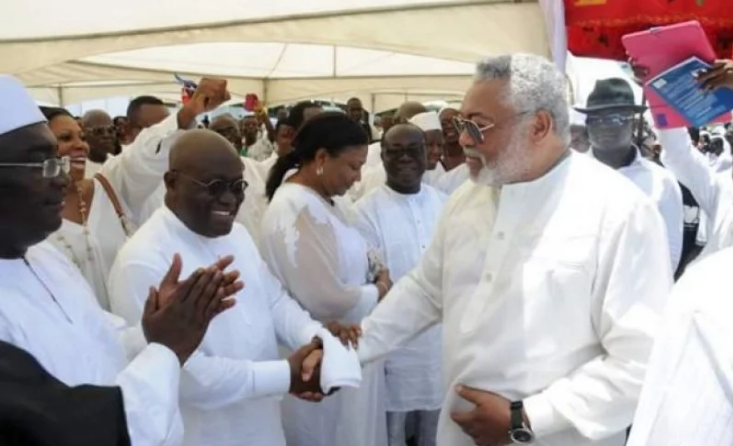 Former president JJ Rawlings has congratulated President-elect Nana Akufo-Addo and has urged him to be a unifier.

Mr Rawlings also urged Ghana’s president elect to fight corruption since it has become a menace in society.

“I commend you for committing to be a leader for all Ghanaians in your acceptance address. The onus is on you to pursue a leadership that unifies the people, so members of the losing side have no reason to feel insecure,” Mr Rawlings said in a congratulatory message to Nana Addo.

“Ghana faces huge challenges, many of which you promised to tackle during your campaign tours. You have been elected as president because the electorate believes you have the ability to confront these challenges and lead the country with fearlessness, humility and honesty,” he added.

Akufo-Addo was declared winner of last Wednesday’s election with 53% of the vote cast as against incumbent John Mahama’s 44%.