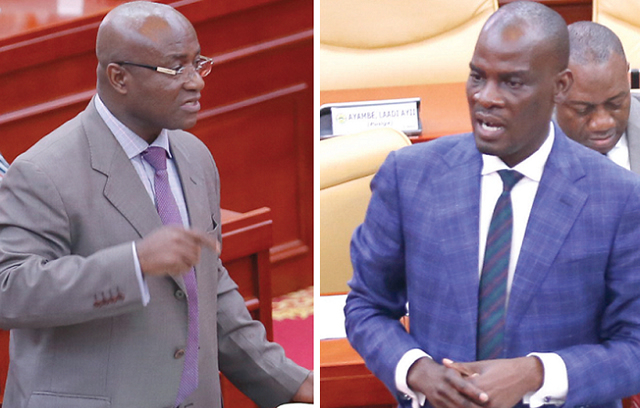 The Minority in Parliament has accused government of cutting sods for road projects without releasing the necessary funds for executing the projects.

According to the NDC MPs, allocations in the 2020 budget for roads can only pay arrears of contractors for works done in the past.

He said: “We don’t build roads by sod cutting. If you are building roads, you will see the contractors on the site. So the government should stop cutting sod for road projects which are not ongoing. It’s not about sod-cutting, put the money into the projects and we will see the results“.

He charged the government to “put the money into the project. I dare say, the GHC1.2 billion allocated by the ministry as road infrastructure in the 2020 budget as compared to the 2.2 billion dollars required to do the project only on table 21. In fact, this doesn’t include ongoing projects.

“Mr Speaker, this government is not telling us the truth, they don’t intend to build these. Otherwise, they should have shown us anywhere in the budget where 2.2 billion dollars will be found''.

The Minority has earlier indicated that government's intention of embarking on massive road projects in 2020 as a 'hoax'.

They also accused the government of failing to take pragmatic steps to address the poor road network in the country.