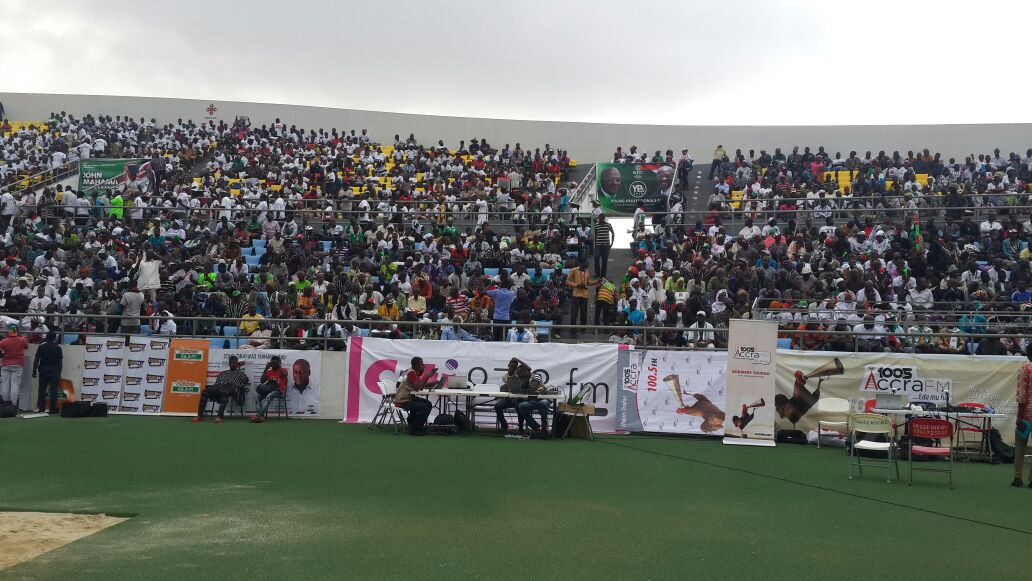 The launching of the ruling National Democratic Congress' (NDC) 2016 campaign is currently underway at the Cape Coast Stadium.

As expected, thousands of supporters, from across the country, have gathered at the at the event which will see President  Mahama  and his vice, Paa Kwesi Amissah-Arthur officially outdoored at the party’s flag bearer and running mate respectively for the upcoming general elections.

Below are some photos of from the packed Stadium courtesy citifmonline: