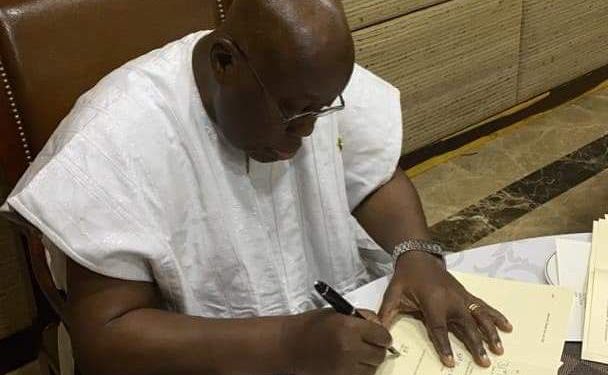 A member of the legal team of the NDC Abraham Amaliba says the signing of the E-Levy bill into law is putting undue pressure on Supreme Court.

According to him, the President engaged in what he described as recklessness in the signing of the e-levy bill into law.

He said Mr Akufo-Addo is fully aware of the suit filed against the approval of the e-levy by the Minority yet, he went ahead to sign the bill, a situation Mr Amaliba said is putting undue pressure on the Supreme Court.

Speaking on TV3 on Friday April 1, he said “The action of the President has put undue pressure on the justices of the Supreme Court. He was reckless in doing that because he was aware there is a case in the Supreme Court. His act is not illegal but his action, is it desirable?

“He is going to put undue pressure on the judges.”

For his part, the Government’s Spokesperson on Governance and Security, Palgrave Boakye Danquah, said the signing of the e-levy bill into law by the President was not rushed.

He explained that assenting to the bill was right because no injunction had been placed on it.