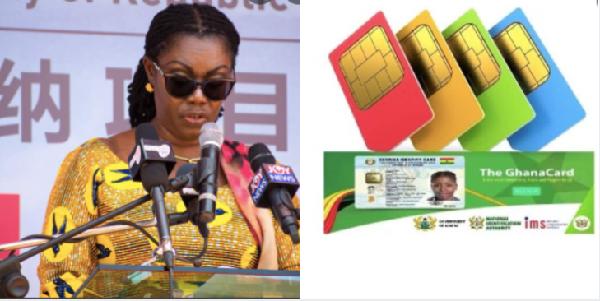 In a statement issued by the General Secretary of the party, Johnson Asiedu Nketia, on Saturday, September 10, the NDC said Ursula Owusu has become “obstinate” in “this simple exercise of linking SIM Cards to Ghana Cards of subscribers”.

The opposition Party further descended on Ursula Owusu Ekuful, and the NCA for their 'recklessness' in the handling of a such simple registration exercise.

"The NDC condemns in no uncertain terms this arbitrariness and recklessness on the part of the Minister of Communications and the NCA. Such mishandling and crass bungling of a simple exercise such as the ongoing SIM card re-registration can only be supervised by incompetent and clueless public servants like we have at the helm of the Ministry of Communications and the NCA," a statement read.

“While we commend and encourage legal actions filed by citizens of the country who have been affected by the reckless SIM Card restrictions, we call on the Parliament of Ghana, particularly the Parliamentary Select Committee on Communications to call the Minister of Communications and the NCA to order in line with its oversight responsibility over these state entities. The lawlessness being displayed by the Minister of Communications, Ursula Owusu and the NCA must be halted now.”

Since Monday, some punitive measures have been rolled out by the NCA to force people to have their SIM cards linked to the Ghana card before the September 30 deadline given by the Communications Minister elapses. 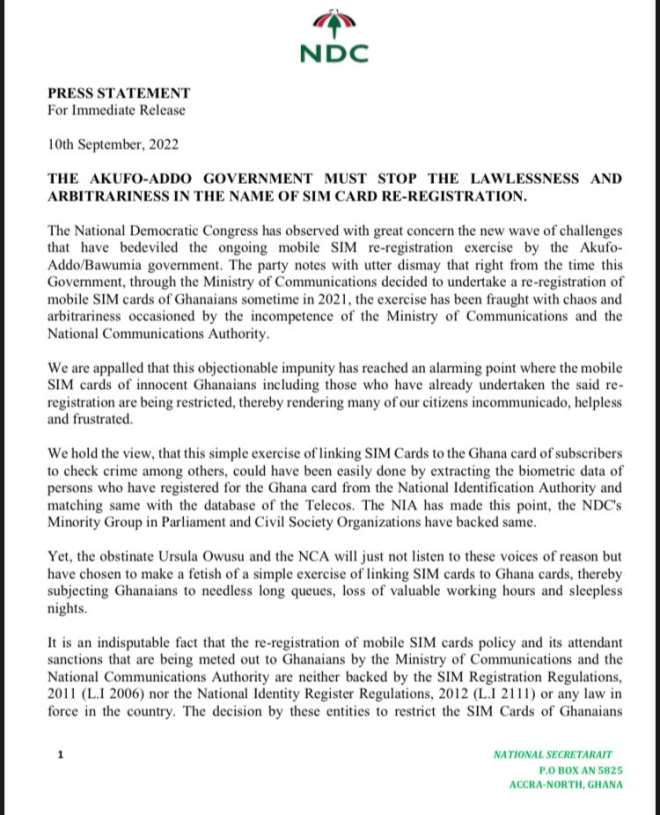 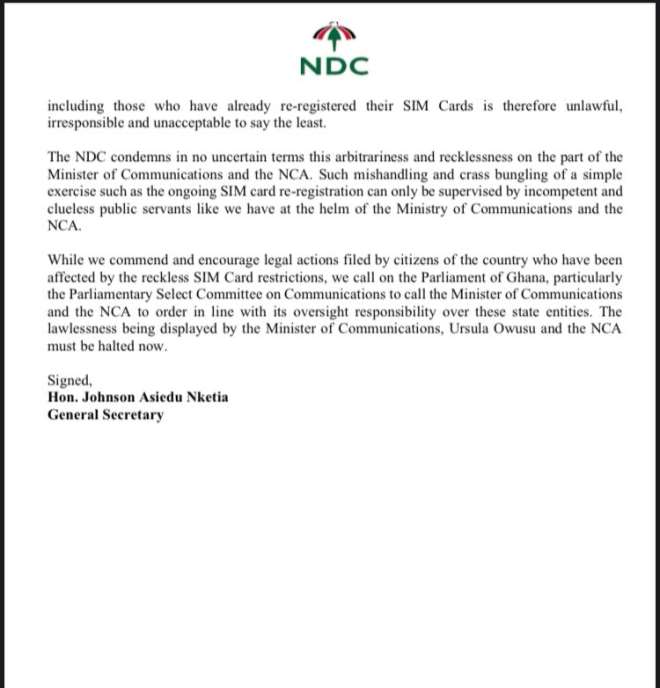