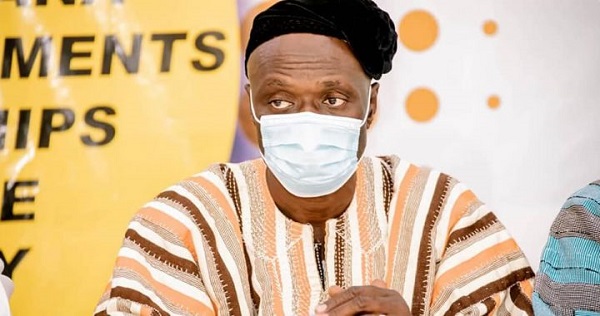 The Northern Regional Minister, Alhaji Shani Alhassan Shaibu has disclosed six factories under the One District One Factory (1D1F) flagship policy initiative are operational in the region.

Speaking at the weekly minsters media briefing at the Ministry of Information in Accra, he noted that there are seven other factories currently under construction.

The Minister indicated that the active developmental project ongoing will improve the livelihood of the people and especially the youth.

He noted that not only does it improve the income and standard of living but also seeks to put measures on the rate of rural-urban migration.

“The factories will encourage exports and boost revenue from foreign exchange, increase the production of locally produced goods to replace imported ones,” he said.

Concluding his statement, the Minister urged prospective investors to take advantage of the prevailing peace in the region in joining the leaders quest to change the course of their destiny.

The One District One Factory (1D1F) initiative is the vision of His Excellency the President, Nana Addo Dankwa Akufo-Addo to change the nature of Ghana’s economy from one which is dependent on import and export of raw material to one which is focused on manufacturing, value addition and export of processed goods.

These raw materials are largely found in the districts which would have otherwise gone waste.

The initiative as proposed by His Excellency Nana Addo Dankwa Akufo-Addo is private sector-led. Government creates the necessary conducive environment for the businesses to access funding from financial institutions and other support services from Government agencies to establish factories.

Ghanaian entrepreneurs will thus own the companies, operate them and bear all the risks and rewards of the projects.