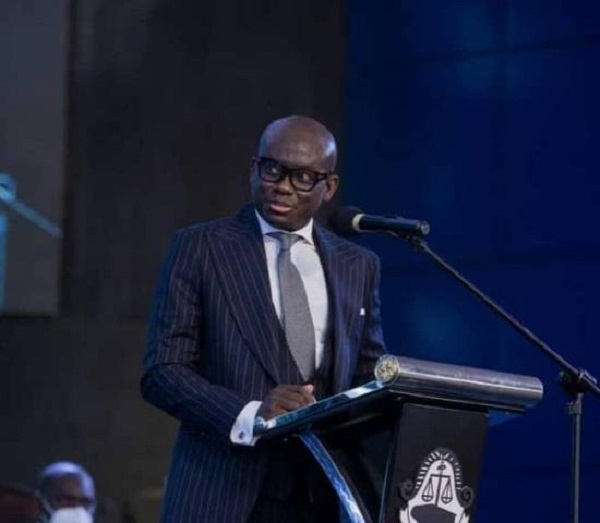 The Attorney-General and Minister for Justice Godfred Yeboah Dame
Shares

The Attorney-General and Minister for Justice Godfred Yeboah Dame has called on the legal fraternity to disregard attempts by some characters to discredit performance of the Electoral Commission (EC) in the last general elections.

According to him, the last election is the most free, fair and perhaps the most transparent general election in Ghana since the exception of the first republic in 1993.

"... such for the credibility of the election that the complaint of unfairness made in the Supreme court by a losing candidate, strangely bordering on allegations of approach, wrong aggregation of vote and vote pardon." Yeboah Dame said.

This comes after some concerns raised by former President John Mahama about the current Judiciary during a meeting with the National Democratic Congress lawyers.

In his address on Sunday, August 28, said it will take a new Chief Justice to repair the ‘broken image’ of the Judiciary.

According to him, the current leadership of the Judiciary lacks what it takes to redeem its sunken image, hence the need for a new Chief Justice.

During his speech at the Ghana Bar conference in the Volta Region, Ho the Attorney General responded saying that such comments are condemnable.

The Attorney General further explained that Mahama's allegation could not in any way have changed the result of the presidential election.

"One cannot fail to note that his petition before the court in 2021 was banding of incompetent claims devoid of any substance." The Attorney-General said.

"The allegations of wrong aggregation of votes and vote pardon which he put before the court collectively involved only six-thousand, six-hundred and twenty-two votes. A figure which could not in any way affect the outcome of the presidential election."  the Attorney-General added.

"It ought to be understood that it is the duty of the court to administer justice according to law. The court is not a mercy chamber to serve justice base on sympathy or affection," Dame added.