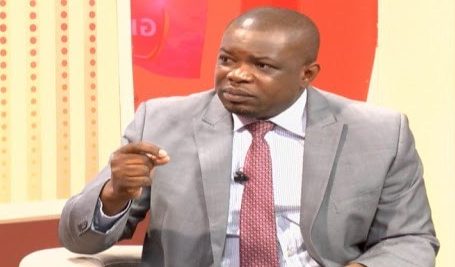 The Ranking Member of the Transport Committee of Parliament Kwame Governs Agbodza, has jumped to the defence of former President John Mahama.

Mr Agbodza says the DC’s flagbearer, did not breach the procurement laws in awarding road contracts during his tenure as President.

This was after Mahama called on the government to publish the audit report of cocoa roads.

Mr Agbodza speaking on Joy News said there is no evidence that shows Mahama erred in the cocoa roads deal.

“There is no evidence that there was any wrongdoing in cocoa roads under Mahama… There is nothing proving that any of the procurement under even sole-sourcing was done wrongly because Section 40 was adhered to,”

He added, “If you’re looking for a government that is unable to be straight with the people, you stop cocoa roads and the roads deteriorate, you are not able to publish the [special audit] report, yet you went doing this. Today [the] Enchi-Elubo road of 71km will be $160 million?”

Agbodza then challenged the Akufo-Addo administration to make the audit report available to the public and if they fail to do so, then it buttresses the NDC’s claim that the audit process was a needless venture.

“Four years after the announcement of an audit into cocoa roads, the government of President Akufo-Addo can’t point you to a website or a location and they are now asking you to go and apply. That is a novelty,” he rubbed it in and suggested that the Akufo-Addo has deliberately resumed the construction of the cocoa roads a few months to the elections for political gains.

Mahama speaking at Bopa as part of his tour of the Western North Region, the former President dared the government to produce the said report adding that the government has deliberately started reconstructing the roads few months to the election for political gains.

This made the Yaw Buaben Asamoa, Communications Director of the NPP respond to the claims, , Yaw Buaben Asamoa said calls by John Mahama for government to publish audit report on cocoa roads are unnecessary because the report has already been published.

"He is asking the government to publish what is already published."