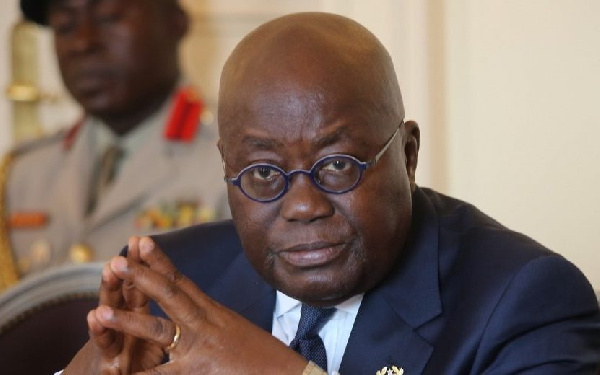 Some three persons have petitioned President Akufo-Addo to halt the election of Metropolitan, Municipal and District Chief Executives (MMDCE).

They claim that election along party lines will further polarise Ghana.

The three Peter Antwi Boasiako, Bill Boampong Darlington and Felix Hilton Kwamena Hamilton want Nana Addo Dankwa Akufo-Addo to use his “prerogative as the President of the nation, to halt this amendment…”

The amendment would allow political parties to field and sponsor candidates for local government elections, which is currently barred by Article 55/3 of the 1992 Constitution.

“55 (3) Subject to the provisions of this article, a political party is free to participate in shaping the political will of the people, to disseminate information on political ideas, social and economic programmes of a national character, and sponsor candidates for election to any public office either than to district assemblies or lower local government unit.”

But the petitioners are worried that allowing political parties into local government elections “would undoubtedly create sharp divisions at the grassroots in our communities and will not help to maintain harmony among the local people.”

“We believe that the political factionalism at the grassroots will destroy friendships and families, considering our fragile young democracy,” they wrote.

According to them, “there is also no concrete evidence which clearly suggests that the proposed election of the MMDCEs will actually improve on the current system” where the President appoints the MMDCEs.

“…we are of the view that the current system which allows you to appoint the MMDCEs can achieve the purpose for quicker development of our communities,” the petition said. 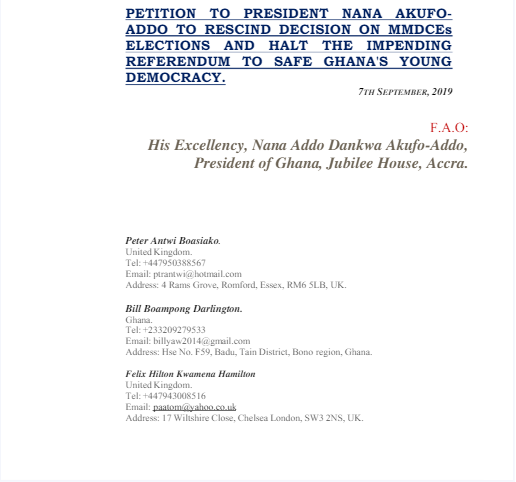 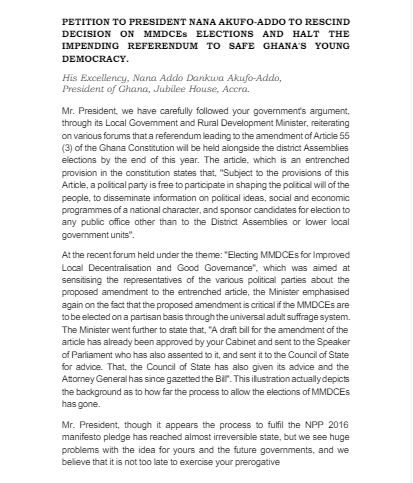 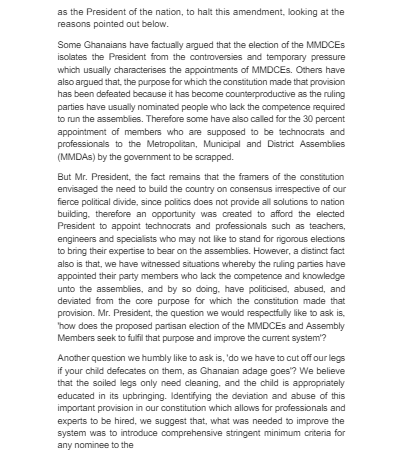 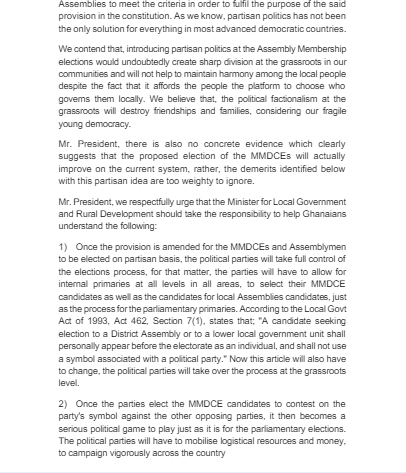 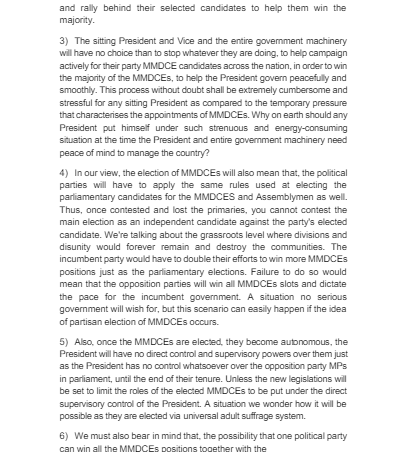 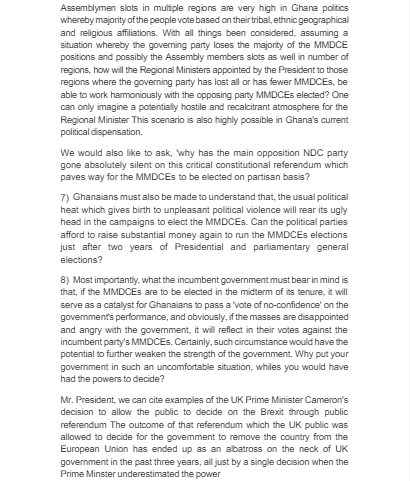 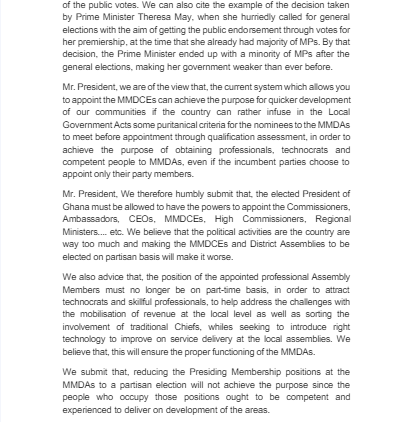 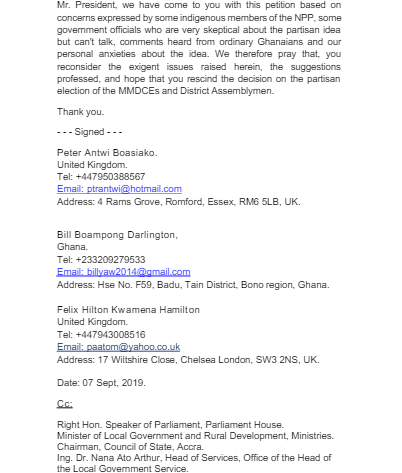