Times are hard - Mahama empathises with traders in Sogakofe 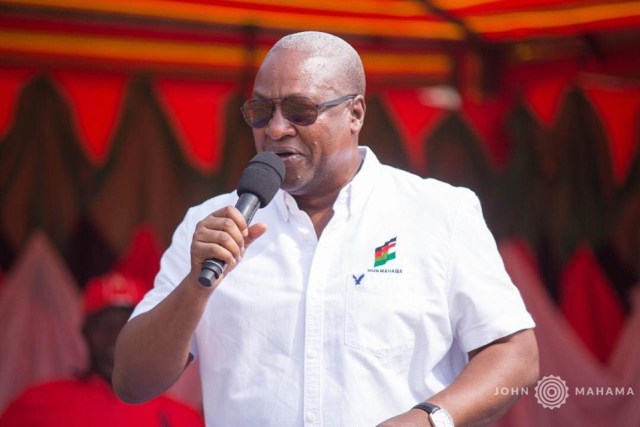 The flag-bearer for the National Democratic Congress (NDC), John Mahama has empathised with traders on their poor sales, attributing the situation to unfavourable economic climate created by the government.

Addressing market women in Sogakofe in the Volta region, John Mahama said the economic hardship Ghanaians are enduring is a fact nobody can deny.

According to him, traders and other business people are aware that they make less money now than they used to do under him as President.

“You are selling oysters, shrimps and so many other things. Nobody needs to come and tell you that the economy is not doing well. Everybody selling something today can see that they making fewer sales than they used to do in the past and that is because times are hard. People came and told us that the money is there, that we were sitting on money but yet hungry.

READ ALSO : Mahama won't return to power because God is not wicked - Akufo-Addo

Mahama also said it was a blessing in disguise for the party to have been voted out of power in 2016.