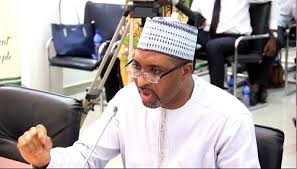 Member of Parliament for Asawase in the Ashanti Region Mubarak Muntaka says the just ended voters registration exercise has deepened the division among Ghanaians.

The Voters registration exercise was characterised by chaos and violence and many have condemned it.

Muntaka says though there was a division among Ghanaians on party lines this has gone a long way to deepen that and it will be very tough for Ghana to patch up those cracks.

READ ALSO: Minors and foreigners in voters register will be removed before elections - Jean Mensa

"We know each other but because of a registration exercise and because of your party you deliberately make people go through frustration, there is so much deep division and this is across the entire country. If you look at what happened in Volta Region, Banda, Kasoa nothing can describe this registration than a divisive one, it had divided as more and this is a worry".

The exercise saw alleged cases of intimidation, brutality among others.

The most notable incidents were clashes in the Volta Region, the stabbing of a young man at Banda and the firing of gunshots at Kasoa.

An honorary executive with Imani Africa, Bright Simons said this year's voters’ registration exercise is the most divisive electoral process seen so far in the country.

The CDD says this has the potential of derailing the country’s democratic gains.

The exercise has ended and the EC says it has so far registered 16.9 million persons.