We are not rescinding vigilantism bill, we are only correcting an error - Parliament 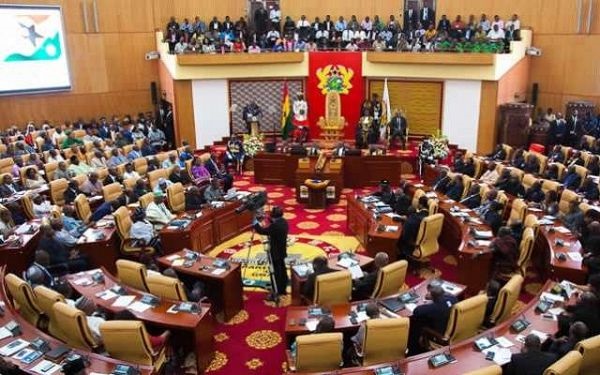 Chairman of the Constitutional and Legal Affairs Committee of Parliament Ben Abdallah Banda says Parliament is not rescinding the Vigilantism and Related Offences Bill but rather correcting an error.

The bill was passed on Monday, July 22, 2019, and it was on its way to the presidency for President Akufo-Addo to assent to it.

But that will have to be on hold as Parliament now says they need to correct an error they describe as minor which has to do with the sanction regime including in the Bill.

“It is just a minor error that we want to correct, the original rendition in the bill was to the effect that a person can be convicted and sentenced for five years but that is not in line with the relevant provision of the constitution. Because the constitution says that before you could be disqualified, then you should have been sentenced for 10 years and you should have served the 10-year sentence and you can only contest for any elections 10 years after the sentence has expired.”

"The bill, in view of this, needs enhancement in the sentencing regime - from five years to 10 to bring it in line with the constitutional requirements," Mr Banda told Joy FM.

He added that the decision does not mean Parliament is rescinding its decision on the passage of the bill. The move will only affect the third reading of the bill.

The third reading stage of a bill is that stage at which MPs decide whether a bill should be adopted.

The purpose of the law is to disband political party vigilante groups and forbid acts of vigilantism in the country, following the continuous violence that has characterised the country’s by-elections.

It also applies to persons who act as land guards and those who engage in other acts of vigilantism.

A person who fails to comply with provisions of the law commits an offence and is liable on summary conviction to a term of imprisonment of not less than five years and not more than 15 years.

Similarly, a person who violates the provisions will be liable on summary conviction to a term of imprisonment of not less than five years and not more than fifteen years.

This is the first time Parliament has passed a Bill and are rescinding.