A closer look at Azumah Nelson as he turns 62 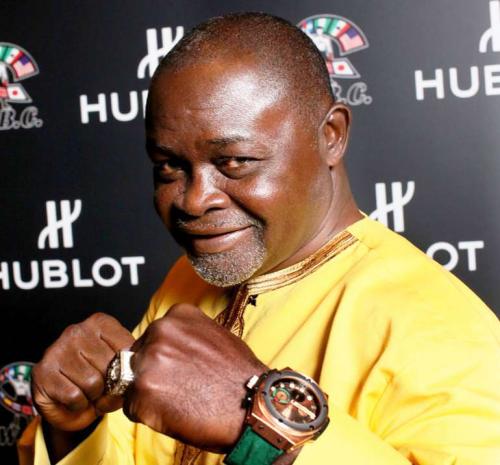 Azumah, affectionately called "The Professor or Zoom Zoom" is currently ranked as the 31st greatest pound for pound boxer of all time by BoxRec.

Nelson had a stellar amateur career, competing at the 1978 All-Africa Games and 1978 Commonwealth Games where he won gold medals in the Featherweight class, and compiling an Amateur Record of 50–2.

PROFESSIONAL CAREER
Nelson's professional boxing debut, in 1979, did not generate much attention, except in Ghana, where he was known because of his family ties. Internationally, Nelson lacked the recognition for such an event to be given its due importance. With the years, however, all of that changed because he garnered worldwide fame as a boxer.

He beat Billy Kwame in Accra by a decision in eight to mark his professional debut. In his third fight, he fought on 3 March 1980, he knocked out Henry Sadler in the ninth round to win Ghana's regional 126-pound title. On 13 December of that year, he knocked out Joe Skipper in round 10 to add the African continent's belt to his Ghanaian regional championship. 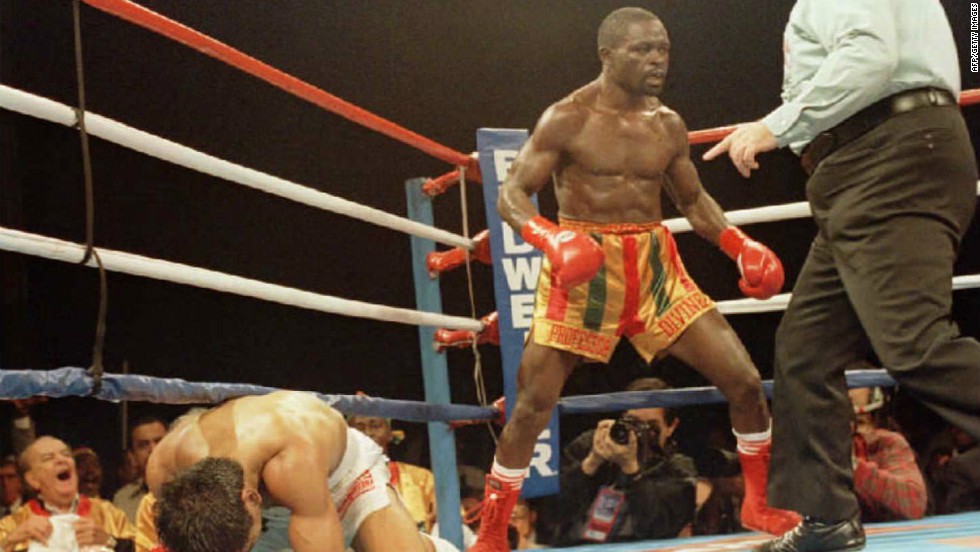 In 1981, Nelson beat Bozzou Aziza in Togo; it was Nelson's first fight abroad. He then beat Miguel Ruiz in his first United States fight, held in California. He added the Commonwealth of Nations' Featherweight title with a fifth-round knockout of Brian Roberts.

Despite all his early achievements and being undefeated in 13 fights, Nelson was virtually unknown outside Ghana. Because of this, he was a decisive underdog when he challenged WBC featherweight champion Salvador Sánchez on 21 July 1982 at the Madison Square Garden in New York. Despite losing that fight by a knockout in round 15, Nelson's stock as a boxer rose after that fight, and he established himself as a deserving leading contender in the eyes of many fans. Further, Nelson was put at a significant disadvantage when his custom mouthpiece was stolen and he had to make do with a makeshift one purchased from a store and cut to his mouth with a knife, leaving him in pain for the whole fight. The Sánchez-Nelson fight would be Salvador Sánchez's last fight, as he died almost two months later after suffering a car accident in Mexico City.

In his next fight, Nelson knocked out fringe contender Irving Mitchell in eight rounds.

World featherweight champion
Nelson won all four of his fights in 1983, and he began 1984 by beating Hector Cortez by decision on 9 March in Las Vegas. Then, on 8 December of that year, he became boxing royalty by knocking out Wilfredo Gómez in round 11 to win the WBC featherweight championship. Behind on the three judges' scorecards, Nelson rallied in that last round to become champion in Puerto Rico. 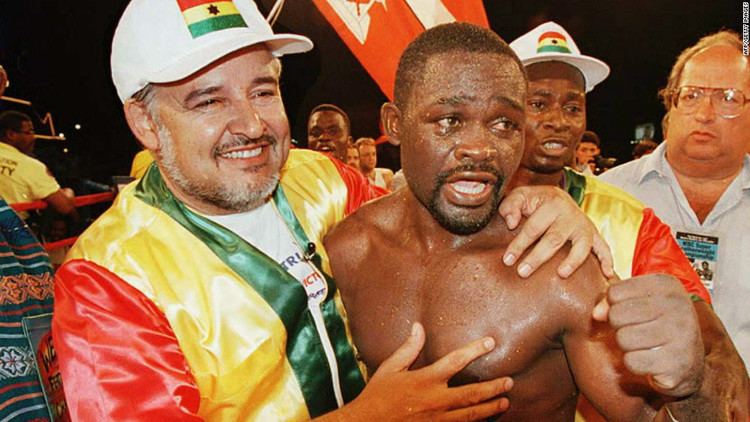 Nelson held on to that title for three years. He could not fight for 9 months after the Gómez bout, but when he returned, he retained the title in Miami with a fifth-round knockout of Juvenal Ordenes in September 1985, and then in October of that year, he retained it again with a first-round knockout of Pat Cowdell in Birmingham, England. The Cowdell knockout in particular became a highlight film material: Cowdell was left frozen on the canvas by Nelson's knockout punch.

In 1987, Nelson retained the title against Mauro Guitierrez, by a knockout in round six, and in a rematch with Villasana, once again, by decision. After the second fight with Villasana, Nelson abandoned the WBC title.

Super featherweight
Nelson began 1988 by defeating Mario Martinez by a split decision over 12 rounds in Los Angeles to win the vacant WBC super featherweight title. Nelson was dropped in the 10th round of their encounter and the decision was not well received. He defended the title with a knockout in round nine against former world champ Lupe Suarez, and with a knockout in three over Sydney Del Rovere. 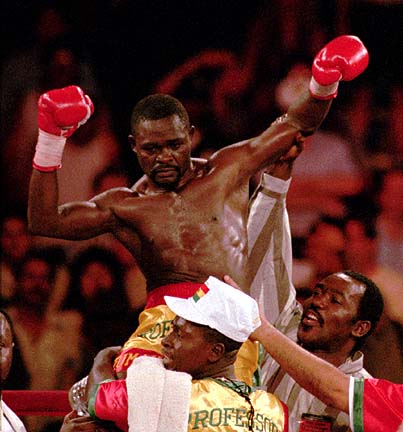 He proceeded in 1989 by beating Martinez in a rematch, by knockout in round 12, and then fighting Jim McDonnell, with exactly the same result. The fight with McDonnell, fought in London, was considered one of the fights of the year by many boxing magazines, and McDonnell was widely praised by critics for his stand against Nelson. McDonnell suffered four knockdowns before the fight was stopped by referee Joe Cortez.

On 19 May 1990, Nelson tried to join the exclusive group of three-division world champion boxers by challenging world lightweight champion Pernell Whitaker, but he was handed his second career loss. when Whitaker won a 12-round unanimous decision to retain the title. For his next fight, he went to Australia to meet the former world Featherweight champion, Puerto Rico's Juan Laporte. He beat Laporte by a decision in 12 to retain the world Jr. Lightweight title.

In 1991, he had only two fights. In Spain, he beat Daniel Mustapha by a knockout in round four of a non-title bout, and then, in Las Vegas, he retained the title with a controversial draw against three-weight world champion Jeff Fenech. Many ringside observers and boxing writers felt Fenech had deserved to win that night, and an immediate rematch was signed and set for 1 March 1992.

Back in Australia, Nelson defeated Fenech by a knockout in round eight of their sequel, and then he retained the title with a 12-round decision over former world champion Calvin Grove on 7 November.

On 20 February 1993, the world travelling champion defeated future world champion Gabriel Ruelas by decision in 12 in front of 120,000 fans (most of whom had come to watch Julio César Chávez defend his world title against Greg Haugen in the evening's main event) in Mexico. The 120,000 fan turnout was the largest ever for a boxing event. Then, on 10 September, he began his four fights series with future world champion Jesse James Leija by retaining the title with a draw as part of the Julio César Chávez-Pernell Whitaker fight's undercard in San Antonio. Originally announced as a winner, Nelson found out minutes later when Leija was being interviewed that the correct outcome was a draw, giving Leija a rematch. The fight's announcer had accidentally mixed the scorecards and announced Nelson the winner. Even though the decision was changed to draw, Nelson still kept his title.

On 7 May 1994, he and Leija met for the second time: That time around, the announcer was right when he announced Leija was winner and new world champion. That was Nelson's only bout in 1994.

Leija quickly lost the title to Ruelas, who defended against Nelson on 1 December 1995, and Nelson recovered the title in his rematch with Ruelas by knocking him out in round five.

His first defense took place almost a year later, when he and Leija had their third bout. Nelson retained the title with a six-round knockout. As had become his common practice, that was the only time Nelson fought in 1996.

In 1997, Nelson lost the Lineal & WBC titles to Genaro Hernandez when beaten on points in twelve rounds. He was almost disqualified when he accidentally hit Hernandez in the throat after the bell to finish round seven and Hernandez lay on the floor for several minutes. However, Hernandez chose to continue, allowing Nelson to lose by the more honorable way of the judge's decision.

In 1998, he lost to Leija in their fourth and final bout in the lightweight division, but Nelson realized his best days in boxing were over, and he retired. 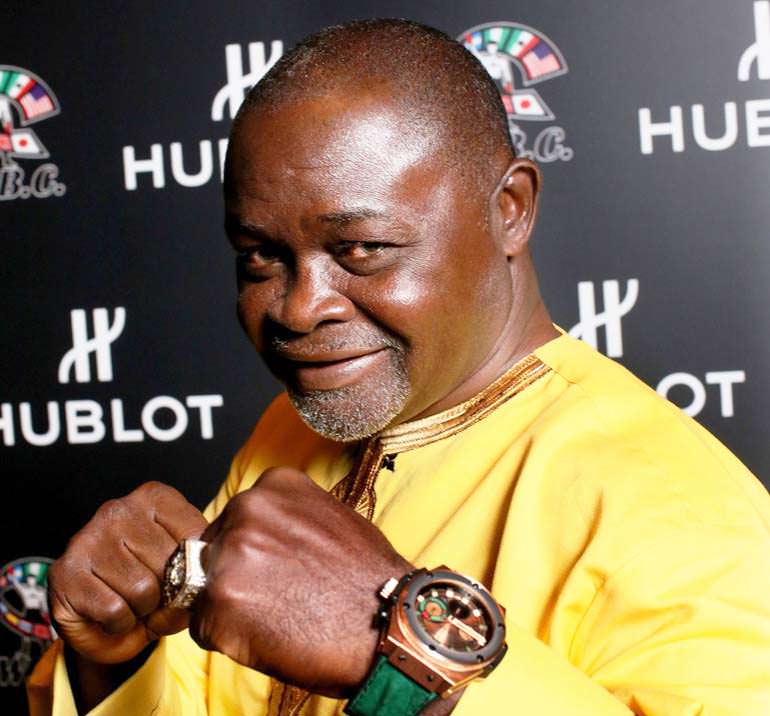 Nelson gained national hero status in Ghana. He is widely recognized by boxing fans and critics as the greatest fighter ever to come out of this coastal African nation. He was selected to the International Boxing Hall of Fame on 8 January 2004. He was inducted 13 June 2004. He is also a member of the World Boxing Hall of Fame.