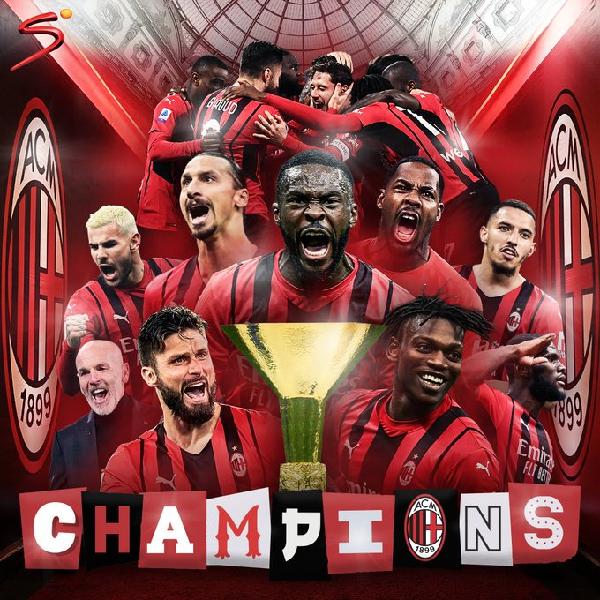 AC Milan won the Serie A with a comprehensive 3-0 win at Sassuolo on the final day of the season on Sunday.

Milan edged ahead of city rival Inter by two points to claim its first Scudetto in 11 years and its 19th title overall.

Stefano Pioli's side came into the final round of fixtures knowing a point would be enough for them to finish top ahead of rivals Inter, with a double from Olivier Giroud and one from Franck Kessie sealing the Scudetto in style.

AC Milan managed to win the title after an incredible race especially, especivally over the second half of the season.

Despite some injuries to key players like Zlatan Ibrahimovic, who missed months at a time, they were able to hold off rivals Inter Milan. I

Ienter's final day 3-0 win against Sampdoria ended up not mattering because they needed AC Milan to lose against Sassuolo in order to win the title.

Inzaghi's side ends the season with two titles, the Coppa Italia and Supercoppa, but without the Scudetto.

Milan fans can now celebrate their 19th Scudetto, a mark that draws them level with Inter who won their 19th title last year under coach Antonio Conte.