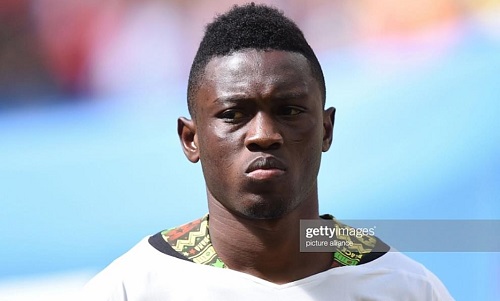 Abdul Majeed Waris has thrown his support behind the Black Stars following his omission from Ghanaâ€™s final 23-man squad for 2019 AFCON.Â

The on-loan Nantes attacker was left out of coach Kwesi Appiah's 23-man squad after a week camping in Dubai.Â

Nonetheless, the 27-year-oldÂ is urgingÂ the Black Stars to make the nation proud at the tournament.

Ghana have returned to routine training following the team's pre-AFCON defeat to Namibia last Sunday. The teamÂ will play its second pre-AFCON friendly on June 15 against the Bafana Bafana of South Africa.

The Black Stars is expected to leave Dubai for Egypt on June 20th for the continental showpiece.

Ghana are in Group F alongside Cameroon, Benin and Guinea Bissau.