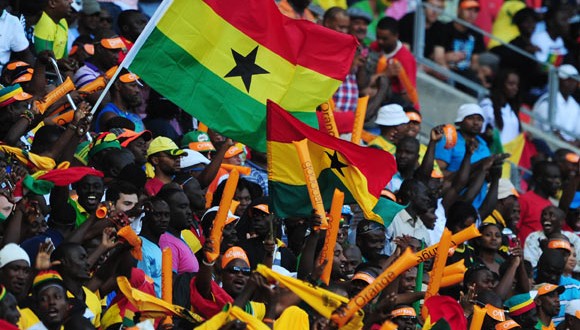 The Minister for Youth and Sports, Hon. Isaac Kwame Asiamah has sent a goodwill message to the Black Stars ahead of their clash against South Africa.

Black Stars will start their AFCON 2021 qualifying campaign against the Bafana Bafana on Thursday, November 14 at the Cape Coast Stadium at 7:00 pm.

Ahead of the clash, Ghana Football Association have launched a campaign #BringBackTheLove aimed at igniting passion and galvanising support for the Black Stars as they seek to redeem themselves after their disappointing AFCON 2019 campaign in Egypt.

In view of this, the Sports Minister has charged the team to double their effort to record victory over the opponents in order to win back the lost support.

"A statement signed by Gifty Eghan, Assistant Public Relations officer for the Sports Ministry read: The Minister for Youth and Sports, Hon. Isaac Kwame Asiamah has expressed his best wishes on behalf of Government and the people of Ghana to the Senior National Football Team, the Black Stars ahead of their 2021 AFCON Qualifiers which will commence on Thursday, 14th November, 2019.

In his message to the team, the Hon. Minister noted that the Black Stars must put up a sterling performance to overcome the intent of their opponents and work hard in order to put smiles back on the faces of Ghanaians. He added, this will go a long way to assist the GFA in its effort to #BringBacktheLove for football.

Hon. Asiamah also urged the technical and management teams to sustain the high morale in the camp and ensure that the team is well conditioned and prepared for their matches.

Finally, the Youth and Sports Minister appealed to all Ghanaians to put the past behind them and support the team in prayers and cheer it to victory." 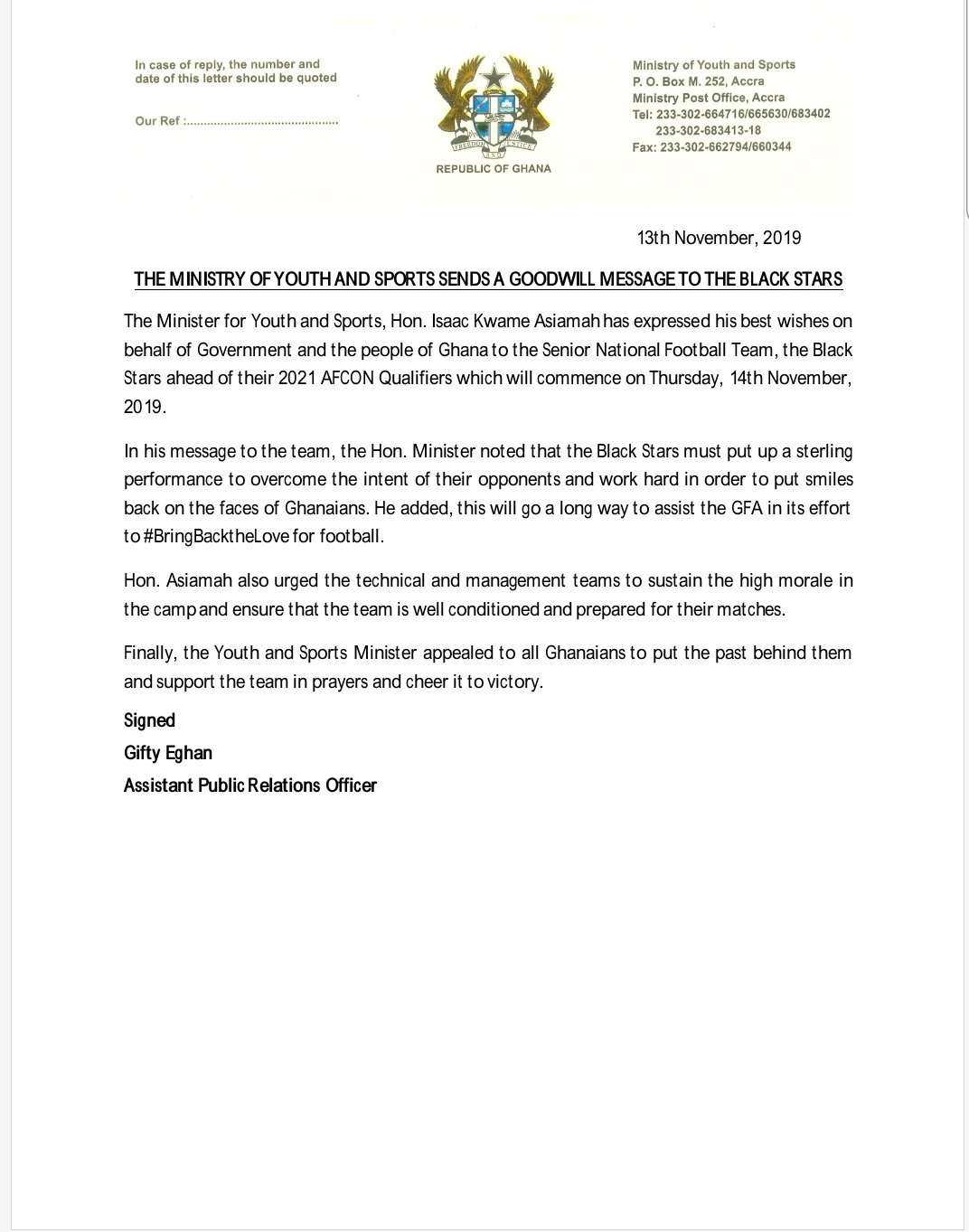