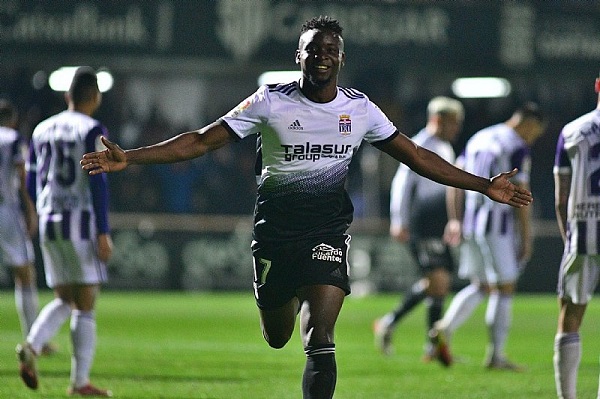 Spanish Segunda Division side FC Cartagena have confirmed that Mohammed Dauda has received Black Stars call-up for the AFCON 2023 qualifiers.

Ghana will play Madagascar and the Central Africa Republic next month as the team seeks to book a place at the continental showpiece next year.

Ahead of the qualifiers, Dauda Mohammed has been handed an invite by the Ghana Football Association.

The former Kotoko attacker has scored 9 goals with 3 Assists in 39 games this season.

"INTERNATIONAL | Mo Dauda has been called up by the Ghana senior team for the matches against Madagascar, the Central African Republic, Japan and Chile (the first two officials)," a club statement said.

Dauda will also be in the Black Stars squad for the international friendlies against Japan and Chile later next month.

Meanwhile, Ghana will play Japan, Chile and Tunisia in a 4 nation match in June as part of preparations for the FIFA World Cup Qatar 2022 match.

The Noevir Stadium in Misaki Park, Hyogo-ku, Kobe and the Panasonic Stadium would be the venues for the match.

The Black Stars will start the match in opposition to Japan on Friday, June 10 whereas Tunisia face Chile within the different recreation.

The Black Stars are paired in Group H with Portugal, South Korea and Uruguay.