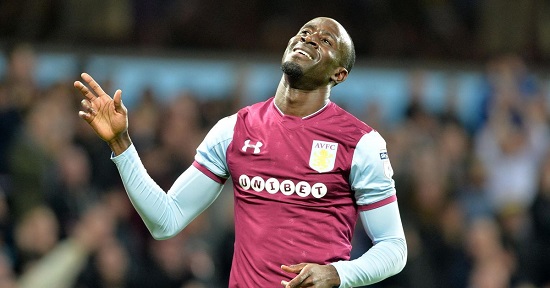 Albert Adomah is set to leave Aston Villa after helping the side to secure promotion to the English Premier League.

Aston Villa who were relegated in 2016 are now back to playing in arguably the best League in the world.

According to BirminghamLive, the Black Stars winger is part of several senior players that will not be offered a new contract at Villa Park.

This follows the club decision to lower the average age of the Claret and Blue Army squad following their promotion to the Premier League.

The 31-year-old has been a mainstay in his three seasons at the club and landed the players’ player of the year award for his contribution in 2017/18.

Adomah grabbed a career best 15-goal haul that season and initiated contract talks with the club towards the end of it.

Media reports further stated that Adomah was contacted by Aston Villa's manager Dean Smith on Thursday, May 30 to be informed of the club’s decision to let him go.