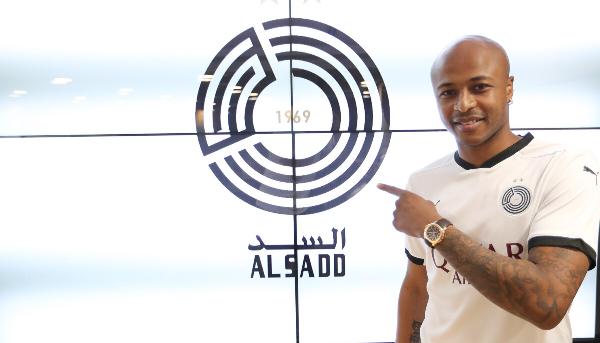 Black Stars captain, Andre Ayew, defended his decision of playing in Qatar insisting that playing outside Europe is not a backward step.

The 32-year-old made a move to Qatari side, Al Sadd last summer after his Swansea City contract expired.

The U-20 World Cup winner signed a two-year deal with the club with an option for an additional year.

Following his move to Qatar, Ayew has faced many criticisms with some questioning the competitiveness of the Qatari Stars League, especially for his status as the captain of the national team.

But Ayew has defended his move to the club, emphasizing that it is a step in the right direction.

“No, I don’t agree [that a Black Stars captain should be playing in Europe]. I think when you are in Europe and you don’t know and haven’t played, yes, you always have that vision," he told Joy Sports.

"I don’t blame those who have that vision.
“I am very happy and it [transfer to Al Sadd] is not a step down [for me],” Ayew added.

Ayew has been directly involved in 19 goals in 24 games in his debut season at Al Sadd, with his side going on to win the Qatari Stars League for the 2021/22 season.