Asante Kotoko release Akwasi Nti and loan out two others 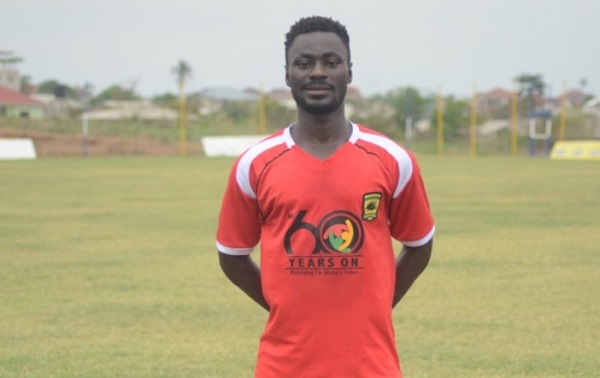 Asante Kotoko release Akwasi Nti and loan out two others

Asante Kotoko have released Randolf Akwasi Nti and sent out Ibrahim Osman and Michael Yeboah on a year-long loan spell to Liberty Professionals.

Director of Communications, Samuel Sarfo Duku (Esq), says the move forms part of measures by the club to win itself off players whose services are not needed currently or at all.

Akwasi Nti graduated from the Asante Kotoko youth ranks but was loaned to Berekum Chelsea in 2016 following his failure to break into the first team.

The midfielder joined the Brong Ahafo club alongside Michael Yeboah, who was signed from Cornerstone Babies FC, and both players returned to the club a year after, but to an indifferent run.

The Liberty Professionals move thus marks the second loan spell for Yeboah, while it is the first for striker Osman Ibrahim, who joined the club from Asokwa Deportivo on a three-year deal last year but has failed to nail a first-team place.