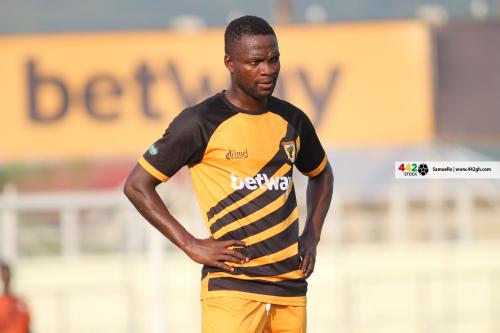 AshantiGold on Friday returned to winning ways with a heavy win over Aduana Stars in the ongoing Ghana Premier League.

The Miners who have not won a Premier League game since January 10, when they came from behind to beat Accra Great Olympics at the Accra sports stadium made light meal of Aduana Stars in Obuasi.

AshantiGold, having gone six games without a win with the recent draw against WAFA in Sogakope being their third in the process beat the Ogya Boys 4-1 at the Obuasi Len Clay Stadium on Friday.

After 27 minutes of play, the home team earned a penalty kick and a good chance to take the lead.

Frank Akoto stepped up and score to give Ashanti Gold SC the lead before a strike from Yaw Annor in the 30th minute doubled the lead for the Miners at the break.

In a second half that saw both teams playing some fine football, the home team scored twice courtesy of a brace from David Abagna Sandan to seal what will eventually be a 4-0 win at the end of the game.

With today’s three points, AshantiGold SC has climbed to 6th on the Ghana Premier League table with 21 points after 15 matches.