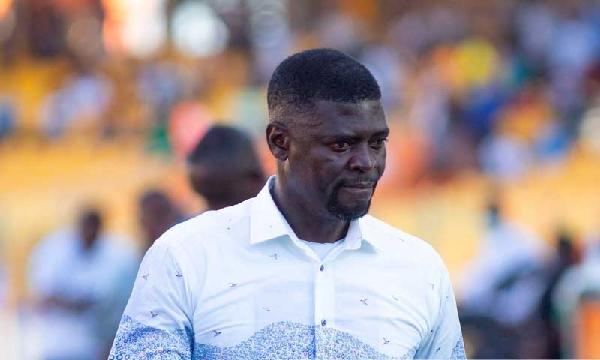 He has also called on supporters of the club to stay united and support their under-pressure head coach.

Boadu, who led the club to a domestic treble has come under intense pressure following the club’s poor start of the ongoing 2021/22 Ghana Premier League season.

Fans of the Rainbow club called for the head of Boadu especially in the first half of the campaign but Kurt Okraku has urged the fans of the club to support adding that Boadu can still the club to success.

“Yes they are supporters and all they want is to win but it is not always like that,” he said on GTV Sports Plus.

“I think the fans need to calm down and support Samuel Boadu because I don’t believe in fans calling for the sacking of coaches.

Hearts of Oak are in the semi-finals of the FA Cup and will play Dreams FC.