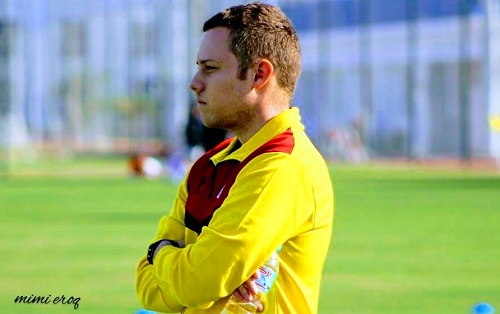 Although the recision to part ways with the Bechem Club remained unknown it is rumoured he is seeking a move to a bigger club, hence his decision to leave the Hunters.

The coach thanked the club for making his stay a wonderful one and wished them well in the future.

“I want to thank everyone in Bechem United FC for my wonderful time in the club. Most importantly, I want to thank the fans, who have welcomed me with great support since day one and were a vital element in our success. I believe every supporter of the club enjoyed the football we played last season and were happy with the positive results we obtained.”

“But now, the time has come for us to take separate routes. I wish the best to Bechem United FC for the future, and hope the team will continue to deliver quality football for its incredible supporters,” he concluded.

The decision comes as a blow to Bechem United who did well in the null and void 2019/20 Ghana Premier League season. The club was 8th on the 18-team league log before the suspension and eventual cancellation of the league.

Meanwhile, the Ghana Football Association have announced that the 2020/21 Ghana Premier League will commence in the second week of October subject to government approval.