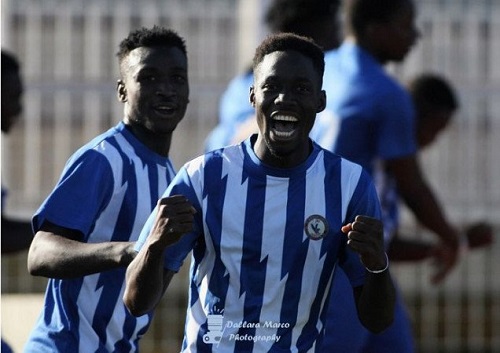 Ghanaian top-flight side Berekum Chelsea have become the first African side to reach the quarter-final of the prestigious Viareggio Youth Cup after defeating Brazilian club Atletico Paranaense on Tuesday afternoon.

The youth team of the Berekum-based club defeated the highly-rated South Americans 4-3 on penalties after the match ended 1-1 at the end of the regulation time before it went to the shoot-out.

Jonah Attuquaye opened the scoring for the Ghanaians in the 16th minute before David restored parity for Paranaense eight minutes after the break.

The match went into penalties and the Ghanaians triumphed to extend their African record after they become the first team from the continent to reach the knock-out stages.

Some of the country's top clubs play in it and has been used as the venue to churn out the next generation of players. Stephen Appiah previously played in the competition when he started his career with Udinese.

The performance of the Berekum side has attracted interest from several agents in Italy.