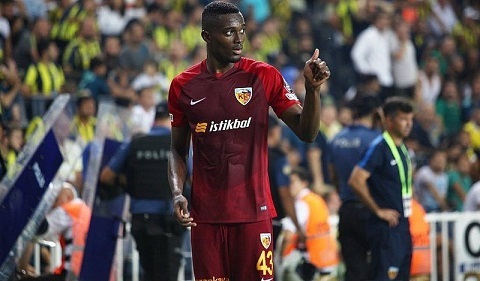 The 24-year-old joins from Spanish giants Atletico Madrid for an undisclosed fee.

Mensah spent the 2018/19 season on loan with the Turkish side. Following a successful loan season, Kayserispor have decided to make the transfer of the Ghana youth star a permanent one.

He joined Atletico Madrid from Getafe prior to the start of the 2016/17 season but failed to break into the squad which saw him return to his former Club Vitória Guimarães on loan before extending his loan spell to Turkish Club Kasimpasa.