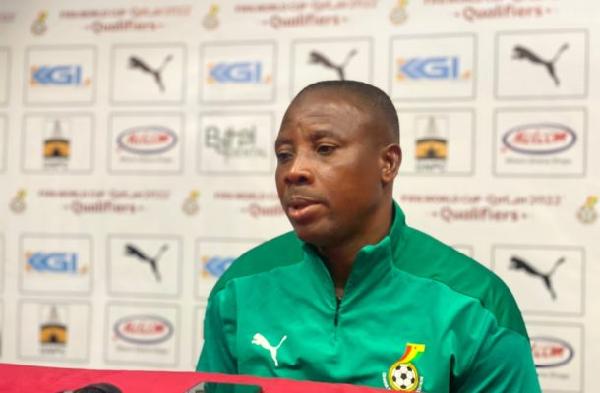 Black Maidens coach Baba Nuhu says his outfit is aiming for the double against Guinea in the 2nd leg of FIFA Women’s U-17 World Cup India 2022 qualifier.

The Black Maidens head into today's game with a 3-1 advantage from the 1st leg that was played in Conakry a fortnight ago.

Speaking ahead of the clash at the Cape Coast Stadium the gaffer said the Black Maidens have prepared well for their opponents in order not to be stunned.

According to him, there are no injury worries in camp.

"Everybody is okay, simply that I’ve made one or two modifications to the crew that performed in Guinea, and I believe those who I’ve roped in can equally do higher. We are attempting to deliver the brand new gamers to gel with the others," Babu Nuhu said.

It is unlikely Baba Nuhu would keep the same lineup that started in Conakry.

"The starting line up is not going to see a lot of modifications. Only Nancy Amoh will get in whereas the remainder who performed in GUINEA would be the similar gamers to begin. The introduction of Nancy is as a result of how we are approaching the sport otherwise."

Meanwhile, Algerian referee Lamia Atman will be the centre referee for the match.

Virginia Mendes Da Cruz from Guinea Bissau will work as the Match Commissioner with COVID-19 responsibilities given to Dr. Christiana Baah from Ghana.