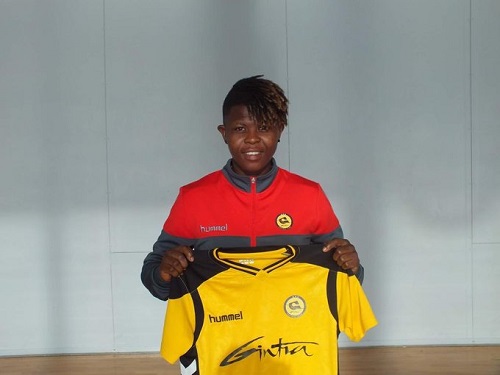 The 24-year-old has joined theÂ Lithuanian side on a one-year deal fromÂ Spanish La Liga Iberdrola side Rayo Femenino after passing a mandatory medical test.

An elated Okyere averred that she will give her all to help her new club achieve their set targets.

"I am very happy to have signed for Fc Gintra Universitetas, one of the biggest clubs in the world. It is a privilege to join a team with such a rich history, class and loyal supporters. It's great that I have come to Lithuania to be part of this talented squad."

"I will work my hardest and give my all to help Fc Gintra Universitetas reach its goals and make all proud! #KAKA14"

The midfielder led the Black maidens to win bronze at the 2012 Fifa U17 Women's World Cup in Azerbaijan.

She also helped the Black Queens to a third-place finish at the 2019 WafuÂ Women's Cup in Cote d'Ivoire in May.