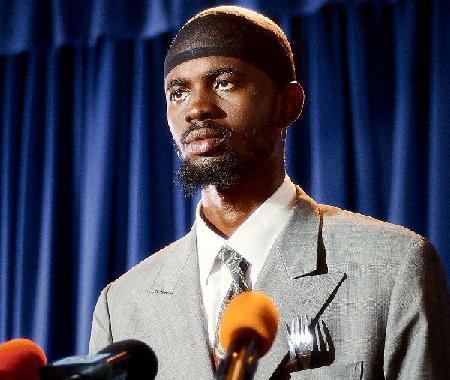 Black Sherif after teasing Ghanaians with snippet and photos during the shoot of his hit song ‘Kwaku The Traveller’ has finally released the visuals.

The video was released on Thursday, May 19. It was produced by renowned videographer, David Nicole Sey.

‘Kwaku the Traveller’ begins with a close shot of Black Sherif’s face with fire burning in his eyes.

The camera then zooms out to show the rapper standing in front of an audience who seem angry at Black Sherif.

Black Sherif had hinted at the video release on May 11, sharing a snippet and pictures from the set of the film.

‘Kwaku The Traveller’ was officially released on April 15. The song produced by Joker Nharnah since its release has been on the apex of major music playlists across the various digital streaming platforms in the world.

It debuted at number 1 on Apple Music Top 100 Nigeria and Ghana, respectively.

Black Sherif garnered over 75 million audio streams with his smash hit single a month after its release.

This meteoric rise comes as no surprise to music lovers across the world.

The song is themed on a captivating story of a young man on a lifetime journey searching for greatness with a well-crafted storyline and amazing melodies.