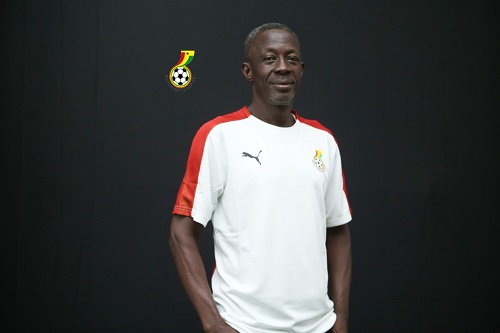 Black Starlets head coach Ben Fokuo believes his side remains focused on preparing adequately for the WAFU U-17 Qualifying tournament despite being handed a tough draw.

The Black Starlets were paired in Group B alongside winners of the last edition Nigeria and neighbors Ivory Coast after a virtual draw which took place on Tuesday.

Tournament hosts Benin are in Group A, alongside Niger, Burkina Faso and Togo.

Reacting to the draw, Coach Fokuo stated that:

“We have been preparing for every situation because we already know our neighboring countries and the teams in the Zone. We knew we will get to face Nigeria, Ivory Coast, Burkina Faso and the rest”.

“We are always prepared for every match because we know the strength of Nigeria and Ivory Coast. We are preparing and looking forward to our first match”, the U-17 Coach stated after the draw.

Coach Fokuo also provided updates on activities at the team’s camp at the GFA Technical Centre in Prampram.

“The players are coping, we all know with the youth side they get to learn a lot of new things when they are in the national team's camp. So since we resumed camp, we’ve ensured that we take them through various sessions to improve their fitness and technical skills”.

“We are working on conditioning and tactical play and after some few weeks, I can say they are coping well”.

“We have also played some friendly matches and they are picking up gradually. Now that we are fully aware who we will play at the Group Stage, we will continue to get to the players to the required standard before the tournament”, he concluded.