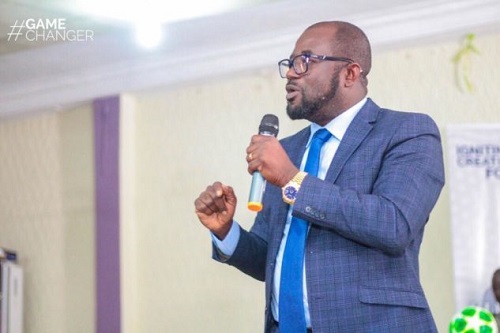 Ghana Football Association President Kurt Okraku has described the Black Stars performance at the last AFCON as the worst in 20years.

Ghana's quest to end their 37-year title drought faced a blow as when they suffered a 5-4 penalty defeat against the Carthage Eagles of Tunisia after drawing 1-1 in 120 minutes.

It was the first time the four-time Africa champions has not made the semi-final of the AFCON competition since 2006 and Kurt says the team's mentality needs retooling if the country is to win a major trophy anytime soon.

"The country is yearning for celebrations, for trophies and to be able to do that we need to go back to the fundamentals. Our Black Stars struggled at the last AFCON perhaps the worst or the worst performance ever in 20years going out of the competition in the round of 16."

Six months after AFCON 2019, Ghana appointed a new coach in Charle Kwablan Akonnor on a two-year contract. He has been tasked to win the 2021 Africa Cup of Nations tournament and qualify the Black Stars to the World Cup in 2022.

And Kurt Okraku has shared that new trainer needs to build a formidable squad for the national team.

"It is very clear we need to build a team that is strong and believes that representing your country is the best blessing you can ever have."

He added that the new manager must pick players who are committed to the national course.

"We need to find players who will be 100% committed towards the national course, that is not to say that the players who have been representing us have not been there for Ghana. But it is very clear we need to raise the adrenaline level."