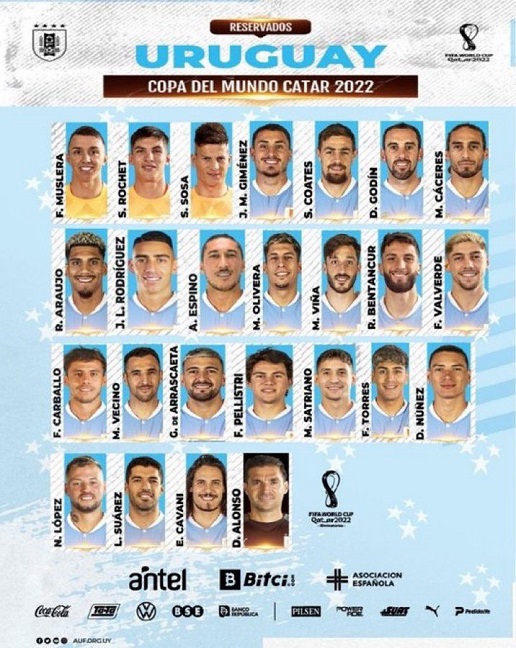 Ghana's Black Stars Group H opponents Uruguay have named their squad for the World Cup 2022 to be staged in Qatar.

Qatar will be Uruguay’s fourth World Cup in a row, a remarkable feat for a country with a population of just under 3.5 million.

They reached the quarter-finals in Russia four years ago, having got to the round of 16 in Brazil and the semi-finals in South Africa.

The South Americans are housed in Group H with Ghana, South Korea and Portugal.

Uruguay will play the Black Stars on November 28.

The announcement will take place at the MultiChoice Office in Basako Enclave, Accra at 11:00 am. 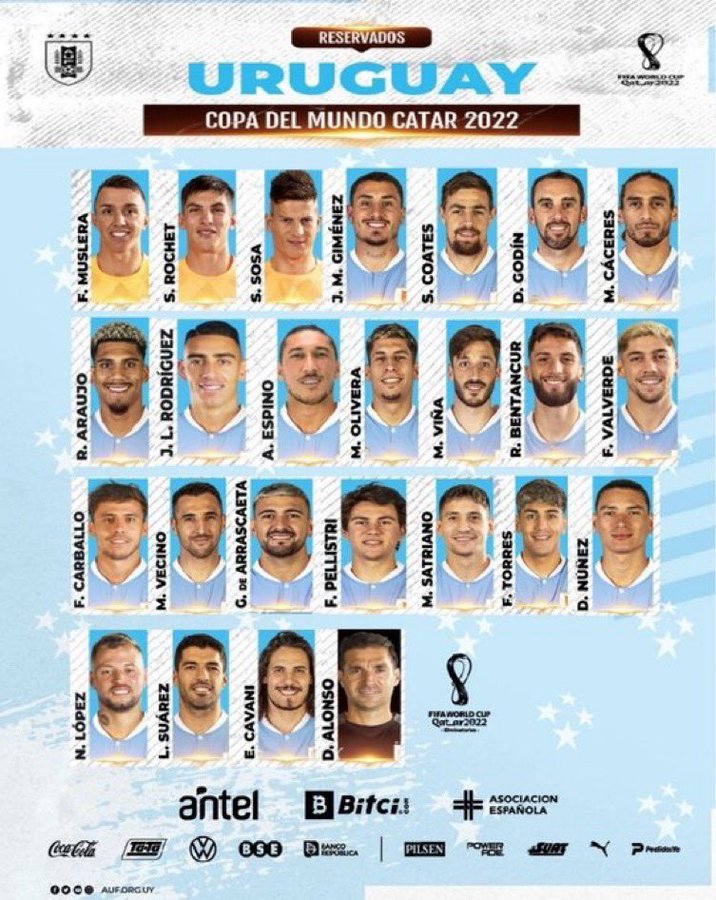