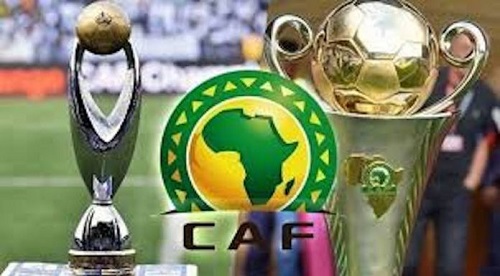 The Confederation of African Football, CAF have named the host cities for its prestigious 2019/20 interclub competitions.

According to a release from the African football body,Â Douala and Rabat will hostÂ the 2019/20 Champions League and Confederation CupÂ the respectively after the two cities won the bid.Â

CAF who have always played its finals in a two-legged affair have revealed that itsÂ inaugural one-match finals will be staged in Cameroon and Morocco respectively in May.

A statement from CAF read: Douala and Rabat will host the inaugural one-match finals of the Total CAF Champions League 2019/20 and Total CAF Confederation Cup respectively.

The two cities got the nod following evaluation of the submitted bids taking into consideration key facilities such as Infrastructure, Accommodation, Medical amongst others.

The newly-built Japoma Stadium in the Cameroonian city of Douala will stage the final of the premier continental club championship on 29 May 2020.

On the other hand, Prince Moulay Abdellah Sports Stadium in the Moroccan capital, Rabat, will play host to the final of the second-tier Total CAF Confederation Cup on 24 May 2020.

This will be the first time the Interclubs final will be played in a single match, following a decision by the CAF Executive Committee last June.