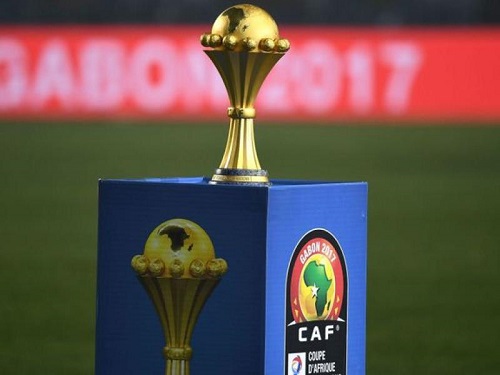 The Confederation of African Football, CAF has postponed the upcoming AFCON 2021 qualifiers slated for this month.

The Matchday 3 and 4 of the AFCON 2021 qualifying matches scheduled forÂ March 25- 31 has been called off due to coronavirus scare.

A statement from the Africa football body said a new date will be communicatedÂ in due time.

Following the growing concerns of the COVID-19 virus and the declaration by the World Health Organization (WHO) describing it as pandemic, CAF has decided to postpone the following competitions until further notice:

A new schedule shall be announced in due time. 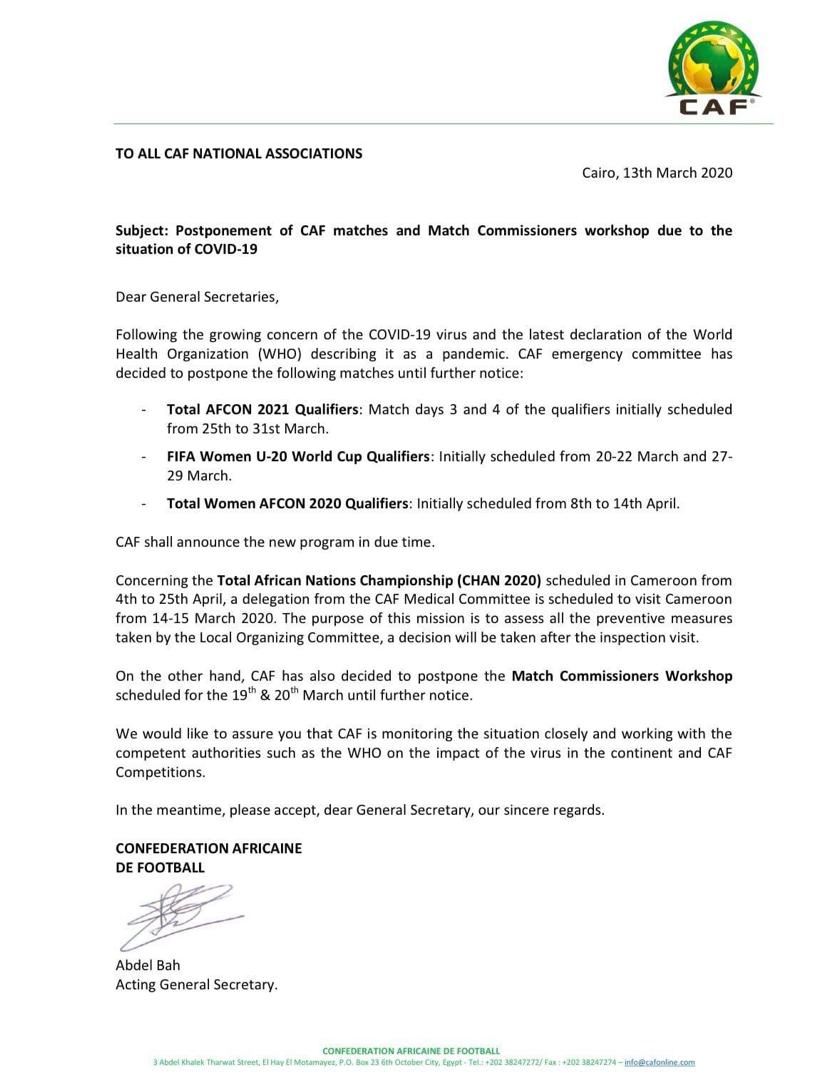 Earlier, today, UEFA announced that all its competitionsÂ including Champions League and Europa League matches due to be played on 17 and 18 March, have been postponed because of the coronavirus outbreak.

The English Premier League has also beenÂ suspended until at least 3 April as a result of the spread of coronavirus.

Over in Germany, the German Football League confirmed games in the top two divisions have been cancelled from this weekend and will recommend a continued suspension until April 2.

Originally it had been planned for all matches in both the Bundesliga and the German second division to be postponed from March 17, with games this weekend played behind closed doors.