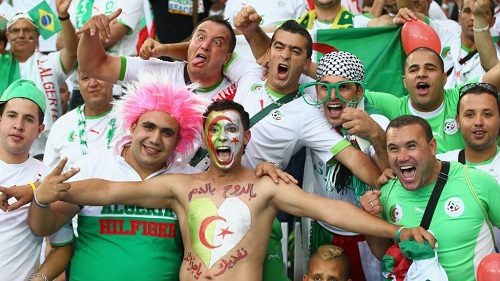 The Algerian Football Federation (FAF) has suspended all football matches amid coronavirus fears.

The FAF on Sunday announced that all football matches have been halted until further notice.

An official statement read "The Algerian Football Federation (FAF) informs all the Leagues that, following the recommendations of the President of the Republic Abdelamdjid Tebboune, and the Minister of Youth and Sports (MJS) in the context of prevention and In the fight against the Coronavirus pandemic (CODIV-19), all ordinary general meetings (AGO) that have not yet been held are postponed until further notice.

The Confederation of African Football, CAF on Friday postponed the upcoming AFCON 2021 qualifiers slated for this month. Also, UEFA announced that all its competitionsÂ including Champions League and Europa League matches due to be played on 17 and 18 March, have been postponed because of the coronavirus outbreak.

FIFA on Friday recommended that all international fixtures scheduled to take place inÂ March and April to be postponed until further notice to avoidÂ any unnecessary health risks.

England, Germany, Spain, Italy among others have suspended their leagues as the virusÂ is rapidly evolving across the world.