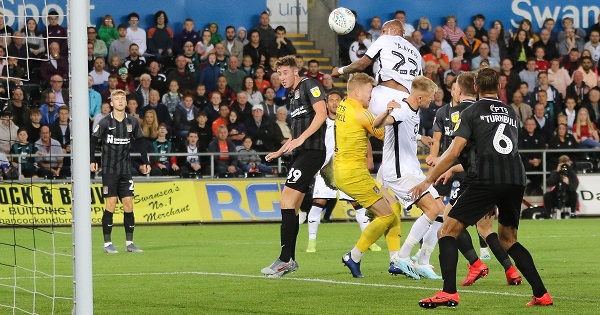 A stunning cameo from Andre Ayew spared Swansea City's blushes as they came from behind to win 3-1 in their first-round Carabao Cup clash with Northampton Town at the Liberty Stadium.

A much-changed Swansea side struggled to create clear cut chances for long periods, and the hosts were left stunned in the second half as Matt Warburton gave the Cobblers a shock lead.

But substitute Ayew netted his first goal for the club in more than three years to level proceedings eight minutes from time before George Byers' put the Swans ahead soon after.

And Ayew completed his brace with another headed effort at the death to ensure Swansea progressed into round two.