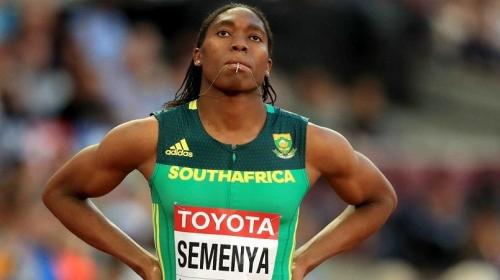 “I am very disappointed by this ruling, but refuse to let World Athletics drug me or stop me from being who I am,” Semenya said in a press release. “Excluding female athletes or endangering our health solely because of our natural abilities puts World Athletics on the wrong side of history. I will continue to fight for the human rights of female athletes, both on the track and off the track, until we can all run free the way we were born. I know what is right and will do all I can to protect basic human rights, for young girls everywhere.”

On May 1, 2019, the Court of Arbitration for Sport (CAS) upheld a new World Athletics rule that caps athlete testosterone levels in women’s events from the 400m through the mile. Semenya had appealed to CAS hoping it would rescind the rule.

Semenya (and South Africa’s track and field federation) appealed the CAS decision to the Swiss court, which took more than one year to announce its decision. The Swiss court announced Tuesday that CAS had the right to uphold the rule “in order to guarantee fair competition for certain running disciplines in female athletics.”

“The Swiss Federal Supreme Court cannot subject the CAS decision to any free legal control,” according to the Swiss court. “On the contrary, its examination of the content is limited by law to the question of whether the CAS decision violates fundamental and widely recognized principles of public order. That is not the case.”

“My dream has always been, and will continue to be, to compete at the highest level of sport,” was posted on her social media then.

Semenya is a two-time Olympic 800m champion undefeated at the distance since the start of 2016. She and the other two Rio 800m medalists have said they are affected by the rule.

Semenya “is considering all of her options internationally and domestically,” according to Tuesday’s release.

“This setback will not be the end of Caster’s story,” Greg Nott, a lawyer and Semenya’s longtime advisor, said in the release. “The international team [of lawyers and advisors] is considering the judgment and the options to challenge the findings in European and domestics courts. We stand with Caster. We stand united, and united we are strong.”