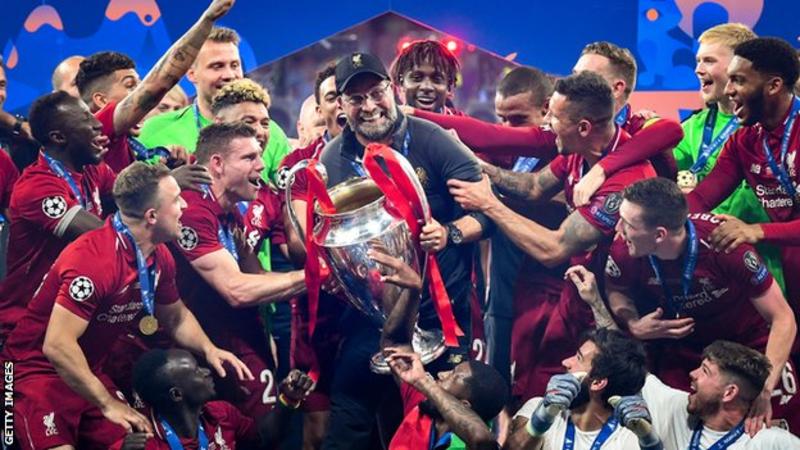 Liverpool, the Champions League holders, were knocked out of this season's competition by Atletico Madrid
Shares

Uefa is working to plans that would see the Champions League final end the 2019-20 season on 29 August.

European football's governing body will meet on 23 April for more discussions about how to complete a campaign which has been disrupted by coronavirus.Â

That would mean the Champions League final taking place in Istanbul on 29 August, with the Europa League.

It is likely one decision will be to agree that leagues could finish early, although only with Uefa's approval.

But the idea is still to finish the season as a whole at the end of August, with all outstanding games played.

Two scenarios for getting to that situation are under consideration.

The first is to play the quarter-finals and semi-finals as two-legged matches as normal, in July and August.

The second would be for the games to be played as one-off fixtures after the end of the domestic seasons, potentially condensing the end of the competition into a week-long mini tournament.

Four of the eight Champions League quarter-finalists are already known, with Manchester City's high-profile encounter with Real Madrid one of the ties still to be concluded.

In the Europa League, scheduling is more complicated because all eight last-16 second-leg ties are still to be played, with two matches, involving Spanish and Italian teams, yet to play the first legs.