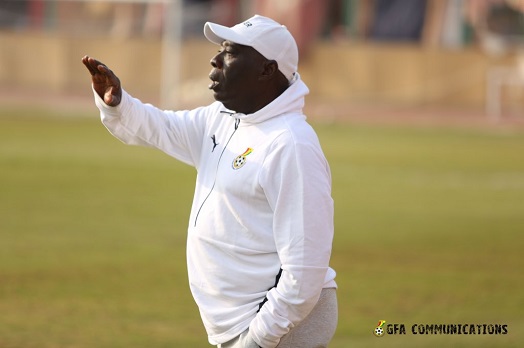 Coach Annor Walker is confident his team is determined to put up a different attitude when they come up against Sudan in their crucial TotalEnergies African Nations Championship(CHAN) second group C match on Thursday.

According to the Head Coach, the team is poised to put the defeat to Madagascar behind them and turn their focus on Thursday’s second group match.

The Black Galaxies lost the opening Group C game against Madagascar 2-1 at the Stade Chahid Hamlaoui.

Speaking with ghanafa.org a day after the match, Coach Walker said though he unhappy with the result on Sunday, he believes the team was poised to win against Sudan to secure a place in the next round of the competition.

“I wasn’t happy with my team especially in the first half. We did not ply the way we are used to. Our players were not mobile and after the changes in the second half we played better “ Annor Walker said.

“There were not a better side. We lost because we didn’t play the way we normally play. In the second half when we made our changes you see that we dominated the game but we failed to take our chances and that caused us.''

He also refuted suggestions that the cold weather conditions in Constantine may have been affected his team.

He added that the team will now focus and approach Thursday’s game with all seriousness.

“The weather the was okay compared to the previous days since we arrived in Constantine. Though it was quite cold.”

“After the game, the players were really down because we lost the game. We have met as a team and I can see how focused they are for Thursday’s game. “

“They know what is at stake on Thursday. They are ready and their attitude will be different on Thursday”, he reiterated.

The game on Thursday will be played at the Stade Chahid Hamlaoui at 8pm (7pm GMT).