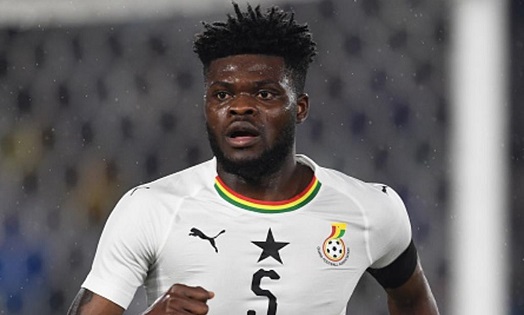 Thomas Partey has shared that players are putting in their maximum best in training to get a stay in Black stars coach Charles Kwablan Akonnor's squad.

CK Akonnor and his charges are in  Antalya, Turkey preparing the team for the upcoming international friendlies.

And Thomas Teye-Partey who is buzzing with confidence going into this weekend’s International friendlies against Mali and Qatar, having joined the team on Wednesday to train at the Emir Sports complex in Antalya, is happy about competition for places and quality of Black Stars players in camp.

"We are having a good competition in the team; all the guys are training well. I think this will help the team to improve, everyone will be on their feet trying to win the heart of the Coach and also give more pressure on those that think that they are comfortable, it will energise them to be on their toes to fight to maintain their place in the team."

Thomas Partey on Monday, October 5 became the most expensive Ghanaian signing after sealing a transfer from Atletico Madrid to Arsenal for €50 million.

The record was previously held by Michael Essien when he moved from Lyon to Chelsea in 2005 for £24.4.