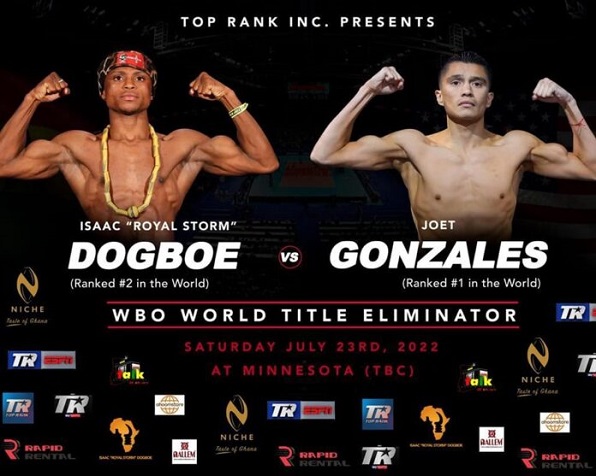 Isaac Dogboe says American boxer Joet Gonzalez will not travel the distance with him when they mount the ring next month.

According to the Ghanaian boxer, the upcoming bout is not going to be a difficult test but will come out with flying colours.

He believes he will knock out Joet Gonzalez before the 7th round.

"This fight is very important, it's not going to be an easy fight but I'm confident I will make it easy and definitely knout him out before round 7," Dogboe said.

In his last outing back in December, Dogboe recorded a majority decision victory over Christopher Diaz in a 10-round contest at the Mandalay Bay Resort and Casino in Nevada, USA, last November.

Both boxers have all lost to current WBO featherweight champion Emanuel Navarrete, with Dogboe losing twice.

The winner of the Dogboe-Gonzalez bout would face Emanuel Navarrete in another make-or-break encounter for these two boxers.