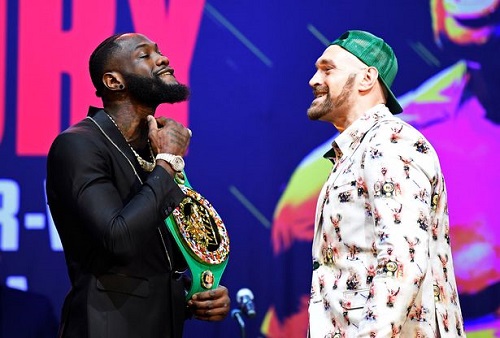 Deontay Wilder has vowed to knock out Tyson Fury in next month's rematch.

The first bout ended in a split decision were both boxers unhappy with the result.

Fury famously rose from the canvas after being floored in the 12th round of their controversial draw and Wilder claims he gave him a concussion.

However, they have another chance to prove who is the champion between them come February 22 at the MGM Grand in Las Vegas.

At their head-to-head press conference in Los Angeles Wilder said that he will stop the British boxer. 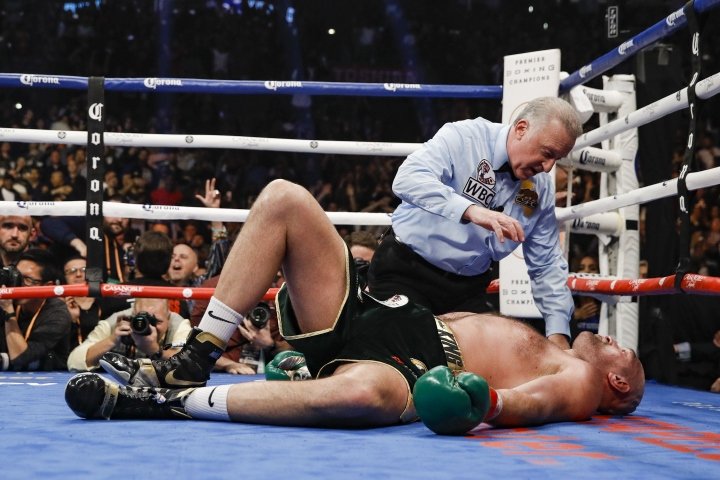 “He goes around talking he has the lineal title, something that is make believe and fake. He has no belt except the one that holds his pants up now. That’s the only thing he has.

“All that talk before, it dies, it’s dead. This is a new beginning this is unfinished business that I will finish. I will do exactly what I said I would do, I will knock him out.

“I’m the lion, the king of the jungle and come February 22, I’m going to rip his head off his body.

“I’m going to knock you through those ropes so you can really feel a WWE moment in real life.”

Fury famously rose from the canvas after being floored in the 12th round of their controversial draw and Wilder claims he gave him concussion.

“When you’ve got power, there ain’t no way around that,” said the Bronze Bomber. “You can’t prepare for power. The only thing you can do is hope that when it lands, it doesn’t do that much damage.

“I gave this man a concussion the first time. He don’t even know how he got on the ground or how he got up and ladies and gentleman, that is a concussion.”