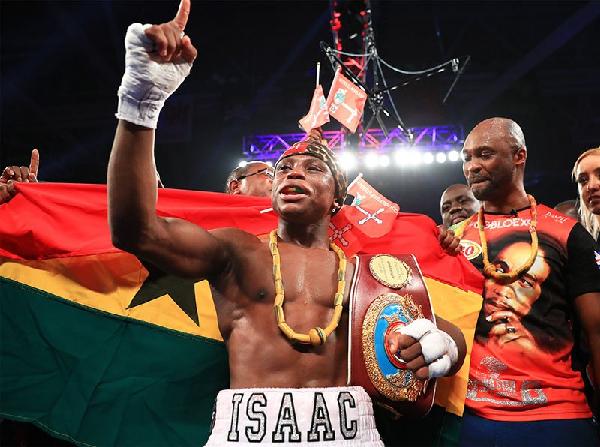 Earlier on Wednesday, reports emerged that the 27-year-old boxer had announced the nationality switch ahead of his Featherweight world title eliminator against Joet Gonzalez.

READ ALSO: Confident Isaac Dogboe says he will knock out Joet Gonzalez in round 7

“It has come to the attention of Team Dogboe that a news item is peddling falsehood as to Isaac Dogboe’s nationality,” the statement said.

“He has and will always fight for Ghana and has not issued any communication or granted any interview on the nationality switch. Kindly disregard any such information.” 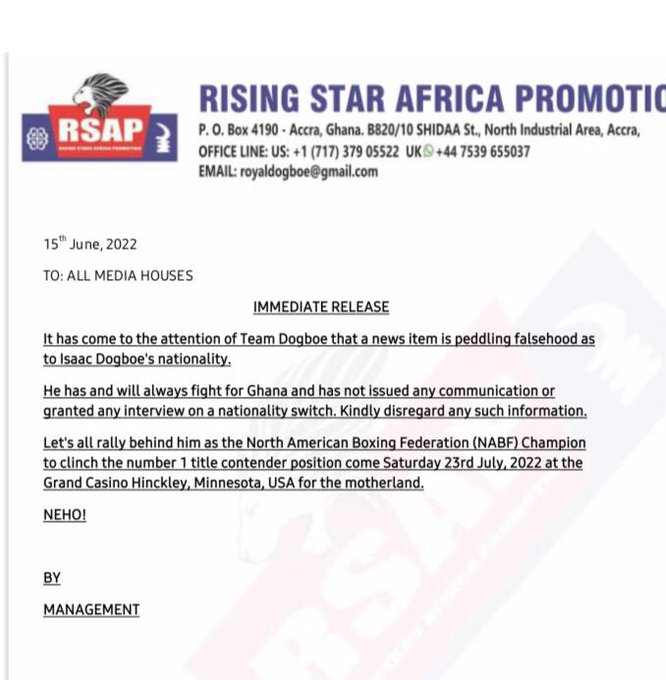 Gonzalez’s WBO International belt will be on the line, while the winner is likely to have a title shot against Emanuel Navarrete.

Dogboe has fought under the Ghanaian flag since breaking out as a professional, although he holds both Ghanaian and British citizenship.