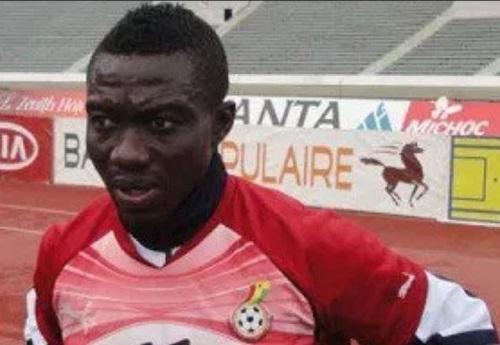 Bernard Don Bortey has revealed his plans to move into coaching after announcing his retirement from football.

Bortey won many titles during his 20-year career, including the 2001 CAF Champions League, four Ghana Premier League titles and the 2004 Confederation Cup with Hearts of Oak.

The 37-year-old, who also made over 20 appearances for the Senior National team has hinted that he will be following the footsteps of other stars who have ventured into coaching after hanging their boots.

Bortey was Ghana Premier League joint goal-king in 2002 as well as the Topscorer of the 2012 GHALCA Top Four tournament.

In a related development, General Secretary of the Ghana Football Association Prosper Addo, has called on former Ghanaian players to avail themselves for coaching licenses so that they can handle Ghana Premier League teams.

The minimum level of license a coach can have to manage a Ghana Premier League club is set at CAF License A and Addo insisted that this rule will be upheld.

"There is a faster route for former players to get a license. You can infer from that of John Terry, Wayne Rooney and Frank Lampard. They started the process before they finished their careers so I am pleading with the former players to avail themselves," he told Joy FM.

READ ALSO:Â Consistency criteria should apply to both local and foreign players - Sam Johnson to Akonnor