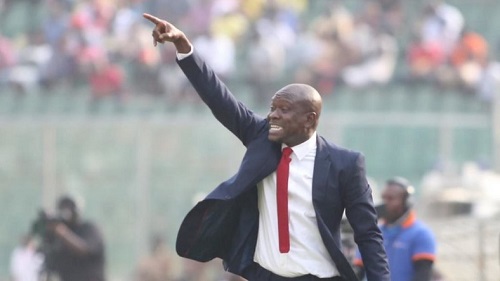 His comments come on the back on CK Akonnor's interview last week in which heÂ challenged home-based players to be consistent to command regular place in the national team.

Home-based players have often been overlooked or given limited space in the Black Stars in recent years, unlike the past when they commanded regular playing time in the team.

â€œThe locals, when you see them with the professionals (foreign-based players), there is a big gap. And that is up to them (to work on that).â€

â€œOf course, once I see a player doing well, I will give him that chance. They should also believe that they are coming to play, not even to be on the bench. And that will show automatically in training.â€

â€œThese are the kind of things, they would have to do and it has to come from the individual. Yes, weâ€™ve seen them, Iâ€™m not going to close my eyes on them, once they are doing well.â€

However, the former Ghana defender called on AkonnorÂ not be biased towards the local players.

It is the right thing to call consistentt players but he should not only limit it to the local scene, because if I am playing and you don't call me and someone else is playing is not playing and you call him it is not fair.

But there are exceptions, where some players are not active at their clubs but perform well when handed the national team invite.

Sam Johnson aslo urged the local-based players to seize the opportunity to pave way for other players.

"My advice to the local players is that they should fight and get into the first eleven when they receive call ups."Â