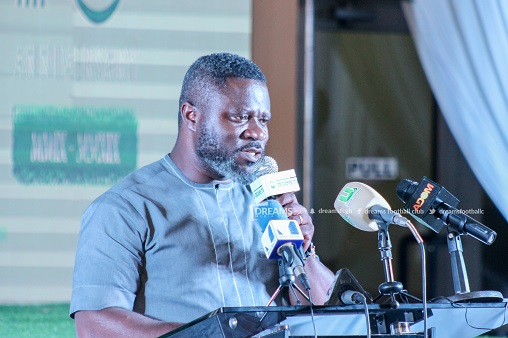 Board Chairman of the National Sports Authority Kwadwo Baah Agyemang is advising the Ghana Football Association against rushing to restart the football season amid the Covid-19 pandemic.

The Covid-19 outbreak led to President Akufo Addo placing a ban on all public gatherings in March which in turn led to the suspension of the 2019/20 football season.

Ghana has been one of the African countries hardest hit by the Covid-19 pandemic although players are yet to be infected.

Despite the rise in numbers of cases, the GFA has tabled a proposal to the government to ease restrictions on its events to enable the resumption of football activities.

However, Kwadwo Baah Agyemang believes the GFA should void their football season.

According to him, the GFA needs to understand our country's situation before following others on league resumption. The German Bundesliga on May 15 restated their season and other European leagues include England, Italy, Spain hope to resume in June.

"We shouldn’t rush in returning football because we have to get things right first before making any decisions," he told Asempa FM.

"I agree with the school of thought that, the season should be cancelled. We shouldn’t rush if the Western world are returning their football seasons. If it’s easy, the EPL [English Premier League] would have started long time.

"There other European countries calling off their Football seasons. Even France and Belgium have declared their Champions and Ghana is of no exception.

"We need to ensure that we have the capacity to protect those involved in our game before even play resumes."

Kwadwo Baah Agyemang advice follows that of CAF and GFA Medical Committee Member, Dr Prince Pambo who also maintained that the season should be scrapped.

He warned that Covid-19 is very dangerous and has caused many sickness and deaths in a short time all over the world.

He insisted the current 2019/20 Ghana Premier League season should be cancelled to allow proper safety measures to be put in place before football can return.

Meanwhile, the GFA has said it will wait until at least June 30 to make a decision on the future of the league.