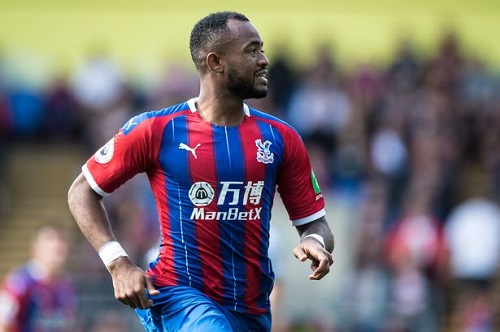 Jordan Ayew's Crystal Palace have suffered successive defeat for the first time this season after failing to inspire his outfit in their 2-0 loss to Chelsea at Stamford Bridge.

Palace who last week lost 2-0 to Leceister City were hoping to bounce back, but Chelsea made sure any hope of recording a victory at the bridge were cut shot when Frank Lampard's charges scored two second-half goals.

The Blues' victory over Crystal Palace means they are now five points behind leaders Liverpool.

Frank Lampard's side moved above Manchester City, who play leaders Liverpool on Sunday, and could be leapfrogged by Leicester City, who host Arsenal at 17:30 GMT on Saturday.

Tammy Abraham's 10th league goal of the season and Christian Pulisic's header ensured the win against a resolute Palace side who barely got out of their own half during the first period.

And after dominating a goalless opening half, Chelsea finally made the breakthrough when Mateo Kovacic and Willian combined to release Abraham - with the forward stroking a right-foot effort into the bottom right corner from 10 yards.

But Chelsea more than merited their win, with Pulisic wrapping up the points with a close-range header after Michy Batshuayi's deflected shot fell into his path.

Palace's defeat, their third in four games, leaves them ninth in the table.